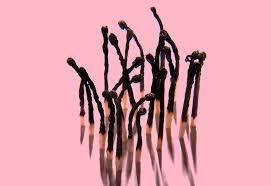 When I was young, I used to walk to school uphill in the snow in both directions, even in June. It would take three hours to get there and five to return home. Kids today, they don't know suffering. That's all a lie, of course, though I do recall my grandfather expressing a similar sentiment. He was also likely joking—sarcasm is a family trait—but there is a persistent notion that things get easier in every generation. As we grapple with the highest unemployment numbers since the Great Depression, we now know that's not true.

New research from Penn State claims what my Gen X peers have long suspected: middle age really is harder now, at least when compared to that Golden Era of the nineties. Kurt Cobain perfectly captured our existential duress 30 years ago. We're still dealing with cultural and economic trends that are adding more stress to our lives.

The team found a slight increase among all age groups when comparing the tens to the nineties. For respondents aged 45-64, that number jumped much higher. On average, people reported a 2 percent increase in all stressors, says David Almeida, professor of human development and family studies at Penn State. That equates to an additional week of stress every year. A different story unfolded with Gen Xers and younger Boomers.

"What really surprised us is that people at mid-life reported a lot more stressors, about 19% more stress in 2010 than in 1990. And that translates to 64 more days of stress a year."

While this research pulls from data that's a decade old, consider a 2019 study by LinkedIn that found Gen Xers are significantly more stressed than neighboring generations. In that study, the top five stressors were work-life balance, confidence in job future, sense of purpose, work politics, and access to tools that let you do your job.

The meme war between Millennials and Boomers has always relied on a strange dynamic, considering that the former earn 20 percent less than the latter despite being better educated. Gen X sits in the middle: earning less (relatively) than their parents while bringing in more than their children. Life is not defined by money alone, yet it is an important factor when discussing stress levels: job satisfaction, being overworked and underpaid, and feeling insecure in your employment are some of the biggest stressors in modern life.

For this study, the team at Penn State collected data from 1,499 adults in 1995 and compared it with responses from 782 adults in 2012. Each participant had been interviewed every day for eight consecutive days, in which they were asked about life stressors: relationship and friendship issues, finances, work problems, prospects for the future. The interviewers assessed how much impact these stressors had on other aspects of their lives.

Almeida expected to see higher rates of dissatisfaction in young adults. He was surprised that the most affected demographic was middle-aged respondents. He doesn't believe it's all about them, however. He puts at least part of the burden on concern for their children, who, as mentioned above, face a tougher job market.

And it's not going to get easier. As Washington state congresswoman Pramila Jayapal recently stated, we keep discussing getting back to "normal" when many Americans haven't experienced normal for decades. We need to discuss what the economy looks like a year from now: the jobs that will be available, the industries we need to say goodbye to, and a plan for finally addressing income inequality. Instead, we're forcing low-wage workers to return to unsafe working conditions in hopes of a normality that never really worked for them anyway.

Almeida also speculates that the rapid pace of change due to technology could be adding additional stress, especially to Gen X. The entire "optimization market" overwhelms us by constantly making everyone feel behind. An entire class of supplements purported to enhance creativity, boost memory, and improve overall brain performance is estimated to reach $5.32 billion by 2026. With such an emphasis on "optimizing" every aspect of employment and life, the fear of falling behind creates elevated levels of stress.

The daily deluge of information, which often leads to smartphone addiction, is cognitively draining. Almeida suspects this is yet another factor negatively impacting the middle-aged right now. Gen Xers sit at the intersection of a technology-light childhood while also recognizing its role in today's workforce. Navigating the middle terrain is rough.

Everyone's stress levels are rising. Twenty-eight percent of working parents that are currently sheltering at home are experiencing a "trauma-related mental health disorder." The World Economic Forum believes the second half of 2020 will be even worse for stress and depression. The above 2 percent number for most age groups will likely increase in the coming months.

And there's Gen X, leading the way again, as if we were built for this moment. How sturdily remains another story. Now give me my two dollars.