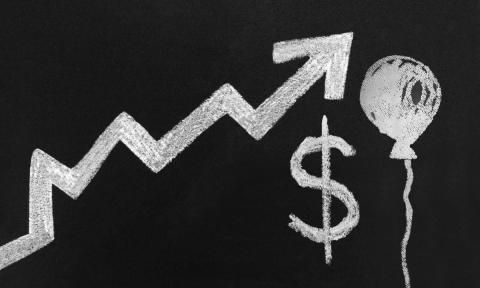 While recent shocks have made the current inflationary surge and growth slowdown more acute, they are hardly the global economy’s only problems. Even without them, the medium-term outlook would be darkening, owing to a broad range of economic, political, environmental, and demographic trends.

The new reality with which many advanced economies and emerging markets must reckon is higher inflation and slowing economic growth. And a big reason for the current bout of stagflation is a series of negative aggregate supply shocks that have curtailed production and increased costs.

This should come as no surprise. The COVID-19 pandemic forced many sectors to lock down, disrupted global supply chains, and produced an apparently persistent reduction in labour supply, especially in the United States. Then came Russia’s invasion of Ukraine, which has driven up the price of energy, industrial metals, food and fertilisers. And now, China has ordered draconian COVID-19 lockdowns in major economic hubs such as Shanghai, causing additional supply chain disruptions and transport bottlenecks.

But even without these important short-term factors, the medium-term outlook would be darkening. There are many reasons to worry that today’s stagflationary conditions will continue to characterise the global economy, producing higher inflation, lower growth, and possibly recessions in many economies.

For starters, since the global financial crisis, there has been a retreat from globalisation and a return to various forms of protectionism. This reflects geopolitical factors and domestic political motivations in countries where large cohorts of the population feel ‘left behind’.

Rising geopolitical tensions and the supply chain trauma left by the pandemic are likely to lead to more reshoring of manufacturing from China and emerging markets to advanced economies – or at least nearshoring or ‘friendshoring’ to clusters of politically allied countries. Either way, production will be misallocated to higher-cost regions and countries.

Moreover, demographic aging in advanced economies and some key emerging markets, such as China, Russia, and South Korea, will continue to reduce the supply of labor, causing wage inflation. And because the elderly tend to spend savings without working, the growth of this cohort will add to inflationary pressures while reducing the economy’s growth potential.

Similarly, the new cold war between the US and China will produce wide-ranging stagflationary effects. Sino-American decoupling implies fragmentation of the global economy, balkanisation of supply chains, and tighter restrictions on trade in technology, data and information – key elements of future trade patterns.

Climate change, too, will be stagflationary. After all, droughts damage crops, ruin harvests, and drive up food prices, just as hurricanes, floods, and rising sea levels destroy capital stocks and disrupt economic activity.

Making matters worse, the politics of bashing fossil fuels and demanding aggressive decarbonisation has led to underinvestment in carbon-based capacity before renewable energy sources have reached a scale sufficient to compensate for a reduced supply of hydrocarbons. Under these conditions, sharp energy price spikes are inevitable. And as the price of energy rises, ‘greenflation’ will hit prices for the raw materials used in solar panels, batteries, electric vehicles and other clean technologies.

Public health is likely to be another factor. Little has been done to avert the next contagious-disease outbreak, and we already know that pandemics disrupt global supply chains and incite protectionist policies, as countries rush to hoard critical supplies such as food, pharmaceutical products, and personal protective equipment.

We must also worry about cyberwarfare, which can cause severe disruptions in production, as recent attacks on pipelines and meat processors have shown. Such incidents are expected to become more frequent and severe over time. If firms and governments want to protect themselves, they will need to spend hundreds of billions of dollars on cybersecurity, adding to the costs that will be passed on to consumers.

These factors will add fuel to the political backlash against stark income and wealth inequalities, leading to more fiscal spending to support workers, the unemployed, vulnerable minorities, and the ‘left behind’. Efforts to boost labour’s income share relative to capital, however well-intentioned, imply more labour strife and a spiral of wage-price inflation.

Then there is Russia’s war on Ukraine, which signals the return of zero-sum, great-power politics. For the first time in many decades, we must account for the risk of large-scale military conflicts disrupting global trade and production. Moreover, the sanctions used to deter and punish state aggression are themselves stagflationary.

Today, it is Russia against Ukraine and the West. Tomorrow, it could be Iran going nuclear, North Korea engaging in more nuclear brinksmanship, or China attempting to seize Taiwan. Any one of these scenarios could lead to a hot war with the US.

Finally, the weaponisation of the US dollar – a central instrument in the enforcement of sanctions – is also stagflationary. Not only does it create severe friction in international trade in goods, services, commodities, and capital; it encourages US rivals to diversify their foreign-exchange reserves away from dollar-denominated assets. Over time, that process could sharply weaken the dollar — thus making US imports more costly and feeding inflation — and lead to the creation of regional monetary systems, further balkanising global trade and finance.

Optimists may argue that we can still rely on technological innovation to exert disinflationary pressures over time. That may be true, but the technology factor is far outnumbered by the 11 stagflationary factors listed above.

Moreover, the impact of technological change on aggregate productivity growth remains unclear in the data, and the Sino-Western decoupling will restrict the adoption of better or cheaper technologies globally, thereby increasing costs. For example, a Western 5G system is currently much more expensive than one from Huawei.

In any case, artificial intelligence, automation, and robotics are not an unalloyed good. If they improve to the point where they can create meaningful disinflation, they also would probably disrupt entire occupations and industries, widening already-large wealth and income disparities. That would invite an even more powerful political backlash than the one we have already seen – with all the stagflationary policy consequences that are likely to result.