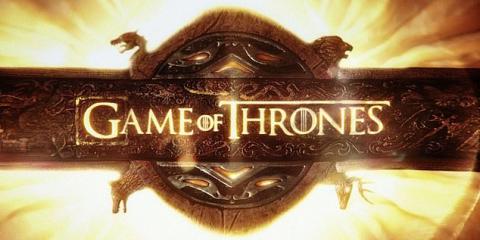 Although readers are captivated by the dragons, gruesome battles and the unforgettable Red Wedding in the fictional 'A Song of Ice and Fire' book series, a new study finds the novels are more realistic than they lead on.

Mathematicians from the UK and Ireland analyzed the five books, which were used to create the popular 'Game of Thrones' show, and found George R R. Martin wrote character relationships and interactions similar to those we experience in the real world. There are more than 2,000 named characters in the books that interact over 41,000 times, which, at a chapter-by-chapter level, matches what we our brains are capable of handling.

The chapters are also written from different character's perspectives and each one includes about 150 relationships - an amount that does not overload the human brain. Although the shocking deaths appear to happen randomly throughout the story, the study shows they make sense to the non-chronological order of events in our own lives.

Five universities, including Oxford and Cambridge, studied the five published novels of 'A Song of Ice and Fire and analyzed a total of 4,244 pages and more than 1.7 million words to see how the books became a global success.

'This marriage of science and humanities opens avenues to comparative literary studies.' 'It provides quantitative support, for example, for the widespread view that deaths appear to be randomly distributed throughout the narrative even though, in fact, they are not.' 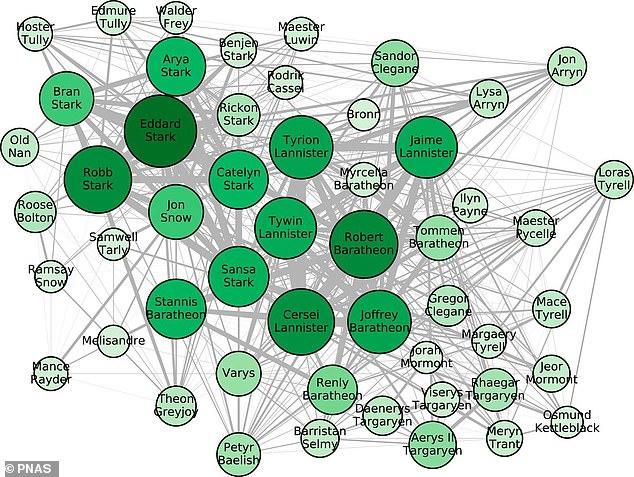 There are more than 2,000 named characters in the books that interact over 41,000 times, which, at a chapter-by-chapter level, matches what we our brains are capable of handling

The team identified a total of 2,007 named characters and found 1,806 of them interact with another character at least once. Altogether, there are 41,000 character-to-character interactions throughout the entire series.

And this reveals that relationships in the 'Game of Thrones' books are similar to real-life human relationships, which is a result of Martin not overloading the story with relationships and interactions. Researchers determined that Martin, instead, wrote various chapters from different character's perspectives.

This resulted in nearly 150 relationships at a time, which is the average number of relationships the human brain is able to process at ones, the team shared. There are only 14 point of view characters that are the main narrators of different chapters, which 'allows readers to work within natural templates,' the study shares. 'The story reflects experiences in the everyday social world and therefore does not overtax cognitive abilities that are evolved to match these scales.'

The team notes that the constraint size of relationships and interactions, along with structure of characters has been seen in Shakespeare's plays, which was used to match a person's cognitive ability so they can relate to what they are seeing.

Shocking deaths, like Rob Stark and Hodor, may have left readers gasping, but the study notes such characters died in a way that is consistent with regular human activities. And they only appear to be random and surprising throughout the book because that is how Martin intended them to be. 'Portraying significant events by discourse time instead of as they happen appears to maintain the reader's suspense,' the researchers wrote in the study.