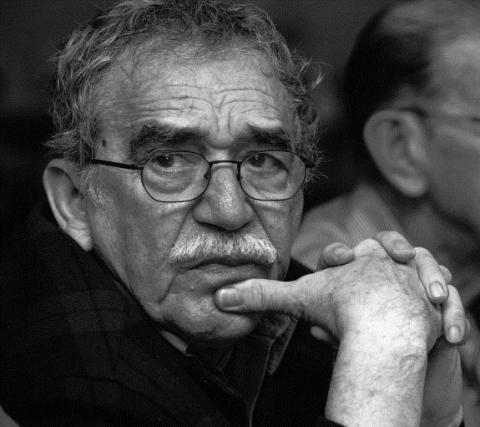 The Colombian author's book One Hundred Years of Solitude established him as the defining member of a movement known as magic realism. A Nobel laureate, García Márquez died on April 17 having inspired an entire generation of Latin literature

When Gabriel García Márquez was born, in 1927, in the sleepy little town of Aracataca, not far from Colombia’s Caribbean coast, there were certain established fixities in the world of letters. The centers of gravity were Europe and North America, with a few auxiliary poles in Wellington, perhaps, or Kolkata. The novel, just beginning to be shaken up by Joyce and Woolf, told mainly of carriages moving under birch trees and conversations on rainy boulevards. Its characters, as often as not, were the people you might meet at dinner parties thrown for Count Tolstoy or Marcel Proust.

By the time García Márquez died at 87 on April 17, all that had changed, and largely because of him. A new continent had been discovered, so it seemed, rich with tamarind trees and “pickled iguana,” and folk cultures everywhere had an epic voice. Villagers could be imagined seeking daguerreotypes of God, and men arriving on doorsteps amid a halo of yellow butterflies. Macondo, a never-never town of almond trees and “banana wars” (a lot like Aracataca) had become as much a part of the reader’s neighborhood as Yoknapatawpha County or St. Petersburg.

The story behind this was, of course, half-miraculous. The eldest of 11 children, “Gabo,” as he was universally called, was born to a telegraph operator and a colonel’s daughter. When his parents moved to another city in search of work, he was left behind, a tropical Pip, to spend his early years with relatives. From his grandfather, he heard tales of fatal duels and his country’s unending civil wars; from his aunts and grandmother, he absorbed all the spells and spirits sovereign in a world in which Arab and Indian and African cultures mixed. Scarcely was he out of his teens than the boy was publishing short stories in a newspaper, while studying law with a view to help the disenfranchised. The newspaper for which he also wrote columns was called — too perfectly — El Universal.

One day, after 18 months of continuous writing, he completed a book, his fifth, so large that his wife Mercedes had to pawn her hair dryer and an electric heater to pay for postage to send it to the publisher. Cien Años de Soledad was published in 1967 (such was the interest in Latin writing then that it did not even make it into English till three years later), and Pablo Neruda, South America’s reigning Nobel laureate, pronounced it “perhaps the greatest revelation in the Spanish language since the Don Quixote of Cervantes.” He could as easily have called it a narrative Alhambra, a palace in the Spanish tradition but fluent with foreign shapes and dizzy curlicues amid the water and the orange trees.

One Hundred Years of Solitude promptly established García Márquez as the defining member of what was called the boom in Latin American writing and a movement known as magic realism; yet, really, he was throwing open the gates for writers from forgotten everywheres — you can see his influence in India’s Salman Rushdie, in Nigeria’s Ben Okri, even in Murray Bail from Australia.

He was, essentially, a trafficker in wonder. “Incredible things are happening in the world,” says a sometime alchemist in the first chapter of One Hundred Years of Solitude, as he sees a gypsy’s dentures; García Márquez’s realization was that the world of the alchemist, the dew still on it, could be equally incredible to the denture maker. He spun out his tales of everyday miracles with such exuberance that 30 million copies of the book were not just bought around the world, but read.

Not one to stay put, he followed that imaginative dawn with The Autumn of the Patriarch, an unflinchingly political novel that consisted of just six paragraphs, each 30 pages or more in length, and his tales of unexpected innocence were forever intertwined with more hardheaded stories of the solitude that comes with power. Realistic enough to be a true romantic, he treated dreams and revolutions with equal weight: if his fabulous flights were always, he insisted, just the documentary work of a reporter with an eye for marvels, his nonfiction accounts of corruption such as News of a Kidnapping featured secret messages transmitted on TV programs and kidnappers offering talismans to their hostages. A friend to Presidents as well as revolutionaries, García Márquez never abandoned the public world: even in his 70s, 17 years after winning the Nobel Prize, the most famous man in Colombia was writing articles like a cub reporter.

Though García Márquez lived in Paris, Mexico City, Havana and Barcelona, he was proudly claimed by Colombia — by all South America — as one who had taken an area too often associated with murders and drugs, and infused it with an immortal light: a literary Columbus discovering a New World that would soon belong to us all. When he fell ill, therefore, in the summer of 1999, much of the continent seemed to hold its breath, urging “el maestro” back to health. And when he died on Thursday in his home in Mexico City, it did not seem impossible that a man could open his mouth and songbirds would fly out.