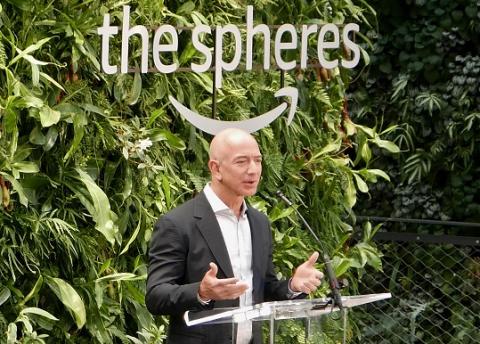 Amazon CEO Jeff Bezos, the wealthiest person in the world, has earned many rounds of applause for the commitment he made on Sunday to give $10 billion to combat climate change, but he still isn’t answering many basic questions.

The $10 billion he pledged for the Bezos Earth Fund is an unprecedented contribution that affords a private citizen great power over the world’s response to the climate crisis. It’s also a donation that deprives Americans of tax dollars since it’s subsidized by the tax code. And it comes amid mounting pressure on both Amazon for its environmental impact and on Bezos for his paltry prior philanthropy.

So there’s a clear public interest in knowing exactly how Bezos plans to spend this money. There are not, however, clear answers on some very important details. Such as:

1) Over what time period will Bezos administer this $10 billion? Many of today’s philanthropy advocates — and the billionaires that have signed the Giving Pledge — want to see donors give away their money to solve today’s problems, rather than setting up perpetual foundations sustained by an endowment well after the benefactor has died. That’s especially true given the deadline the world is facing on climate change. If the plan is to merely administer about 5 percent — the standard amount that most foundations currently give away in a year — that would mean distributing about $250 million a year to grantees. If the plan is to eventually spend the $10 billion down to nothing, then maybe Bezos could give as much as four times that each year over the next decade. But we don’t know how he plans to dole out the money.

2) Will any of this $10 billion be eligible for policy advocacy or political campaigns? The announcement on Instagram said that Bezos would fund “scientists, activists and NGOs” and that Bezos is focusing solely on charitable giving, rather than for-profit investments. But some advocates feel that the real way to solve the climate crisis is through electing different people to Washington — or at least by pressuring politicians to take different actions once they’re in office. Bezos himself has grown more comfortable with political donations. While that’s not how people traditionally think of “charity,” it could make Bezos into a political megadonor depending on how he defines his terms.

3) Who exactly is in charge of this program? The heads of large philanthropic efforts have enormous power — and yet they are largely anonymous figures. The person that Bezos chooses will largely be acting in lieu of the Amazon founder, who has a day job. And will the Bezos Earth Fund have a board of advisers who recruit and vet possible grantees, just like Bezos’s anti-homelessness charity effort has? Who will serve on that panel? There will be many, many people who will make a gold rush for the Bezos money. The gatekeepers at his new charity will play an influential role in determining what gets funded and what doesn’t.

4) And lastly, here’s an easy one that Amazon isn’t answering: What legal structure does this philanthropy take? Is the Bezos Earth Fund a private foundation, a donor-advised fund, an LLC; part of Bezos’s personal holding company, Bezos Expeditions; or something else entirely? Those all have different implications for the amount of tax dollars the US government is deprived of since the donation is tax-deductible; the amount of money that Bezos’s philanthropy will be required to spend each year; and, importantly, the amount of disclosure that the Bezos Earth Fund will be required to offer to reporters, critics, and academics.

We asked Amazon all of these questions to try to gain clarity into what could safely be considered one of the most important tech gifts ever. It is hard to believe that at least some of the questions don’t already have answers. But Amazon declined to offer them.

“We just don’t have further details to share on announcement at the moment,” said a company spokesperson. “Please stay tuned.”

In Bezos’s defense, this fits a pattern. In September 2018, he announced on social media his first large philanthropic commitment, $2 billion for homelessness and early childhood education work, but he didn’t fill in the details with a website and the advisory committee until November. Bezos says we’ll hear from the Bezos Earth Fund this summer, so perhaps that’s when we’ll get some answers.

But it is not unreasonable to expect answers for these questions from the get-go. Bezos is enjoying some rare positive headlines about his personal wealth, but with that should come some transparency and accountability about how exactly he will spend it. Philanthropy, at this scale and with this mission, is not merely a personal matter that is none of our business. It affects us all and deserves scrutiny.