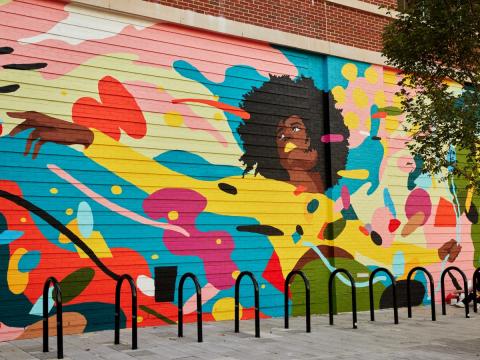 In December 2021, it was reported that the Kunstmuseum Bern would part ways with 29 artworks bequeathed to the Swiss museum by the son of a notorious dealer of Nazi-looted art, and return them to the heirs of two German Jewish collectors.

This is the latest in a series of high-profile restitutions of Jewish-owned artworks stolen by the Nazis. Thanks to films such as The Monuments Men and Woman in Gold, these stories are well known; the story of how Jews came to have these collections of art in the first place is much less so.

Charles Dellheim’s new book, Belonging and Betrayal: How Jews Made the Art World Modern, corrects this historical oversight. Dellheim’s study tells the tale of a small group of Jewish art dealers and collectors who played a key role in the changing art world of the 19th and 20th centuries, facilitating the movement of Old Master paintings between countries and embracing successive schools of modern art. The book deftly interweaves the sweeping transformations that overtook Europe and America in this period — the democratization of high culture, the fall of the landed classes and rise of the new capitalist elite, the impact of World War I — with the individual lives of its protagonists. The grand narrative of History is the backdrop to multiple personal histories.

The story begins with Nathan Wildenstein, born in Alsace to Jewish parents with little formal education. After leaving school at 14, he worked as a horse dealer before moving to Paris during the Franco-Prussian War; there, he became a successful dealer of Old Masters and an assimilated French haut-bourgeois. His life intersects with those of other self-made men, such as Ernest Gimpel (an erstwhile Alsacian commodities broker) and Joel Duveen (a one-time Dutch antiques dealer), as well as their circle of acquaintances and descendants. As Dellheim says in his introduction, his chosen subjects — or, as he calls them, “dramatis personae” — are “representative figures whose lives reveal larger patterns.”

One of these patterns is the recurring question of assimilation — the “gradual disappearance of Jewish religious observance and communal ties.” When, in the 19th century, new social and economic opportunities opened up for Jews in Central Europe, they came at the price of assimilating into the cultures in which they lived. As the book’s title suggests, though, integration was illusory: the promise of belonging belied the colossal betrayal of the Jewish people in the 20th century. The Nazis’ systematic murder of Jews looms over the narrative with tragic foreshadowing; however, the threat of anti-Semitism is present throughout.

The Dreyfus Affair, a political scandal triggered by the false conviction of French Jewish officer Alfred Dreyfus for treason, revealed the force of anti-Semitism in late 19th-century France. As Dellheim points out, there was “no German equivalent because no Jewish officer would have been allowed to join its Army General Staff.” The fact that Dreyfus was vulnerable to public humiliation was, perversely, a sign of progress. In the early 20th century, anti-Semitism was alive and well across the Atlantic too. From 1919 onward Henry Ford, whom Dellheim describes as “America’s leading manufacturer of automobiles and anti-Semitism,” published dozens of articles collectively titled The International Jew, which claimed that a vast Jewish conspiracy was infecting America.

Dellheim is conscious of the potential anti-Semitic pitfalls of his own narrative. “Singling out the participation of Jews in just about any activity sets off anti-Semitic alarm bells,” he says, “and for good reason.” This is especially true when the activity in question is commercial. However, Dellheim treats his subjects with deep compassion. He meticulously describes their fortunes and misfortunes: dreams, aspirations, successes, disappointments, romances, affairs, divorces, family squabbles, and even physical brawls. He eruditely weaves into his narrative quotes and plot lines from novelists such as Marcel Proust, Henry James, and F. Scott Fitzgerald, for example describing the art dealer Alfred Flechtheim as “no Jay Gatsby prone to disappearing acts at his own parties.”

With its twists and turns, Dellheim’s book reads like a Realist novel. Despite the seriousness of its subject matter, it is a thrilling read, divided into wittily titled sections (“First Impressionists,” “The Right Banker,” “Artless Jews”) and peppered with poetic, almost aphoristic phrases: “becoming gentile was a prerequisite for becoming genteel.” It also features occasional comic asides by the author. Recounting Virginia Woolf’s habit of referring to her Jewish husband, Leonard, as “my Jew” and her mealtime instruction to “give the Jew his food,” Dellheim quips: “At least she didn’t try to starve Leonard.”

Belonging and Betrayal has another feature in common with Realist novels: its enormous heft. With its prologue, epilogue, notes, and exquisite reproductions of artworks, the book comes to a whopping 639 pages. Some of the ins and outs of auction sales and family disputes might have been edited down without sacrificing anything essential; at the same time, an epic narrative requires an epic scale. Dellheim’s book is a veritable tour de force and an outstanding addition to scholarly research on art, Modernism, and Jewish studies.