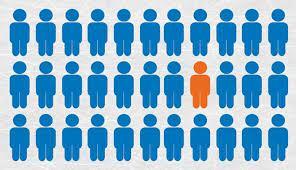 As Israel's vaccination drive rolls out, the concept of "herd immunity" is making headlines again, but is it possible in Israel, or even necessary? "The once-popular idea that enough people will eventually gain immunity to SARS-CoV-2 to block most transmission — a ‘herd-immunity threshold’ — is starting to look unlikely,” an article in the science journal Nature argued last week.

Entitled “Five reasons why COVID herd immunity is probably impossible," the article consists of a series of interviews with experts and challenges the concept of herd immunity – a situation in which a large part of the population becomes immune to the virus, which significantly limits its spread.

"We’re moving away from the idea that we’ll hit the herd-immunity threshold and then the pandemic will go away for good,” says epidemiologist Lauren Ancel Meyers, executive director of the University of Texas at Austin COVID-19 Modeling Consortium. “The vaccine will mean that the virus will start to dissipate on its own,” Meyers says. But as new strains emerge and immunity from infections potentially dwindles, “we may find ourselves months or a year down the road still battling the threat, and having to deal with future surges."

Israeli experts, however, wonder if herd immunity is even necessary in order to return to normal life. Too many factors prevent Israel from attaining herd immunity says Jonathan Gershoni, a virologist from Tel Aviv University. "But the attainability of herd immunity is neither important nor relevant. We should focus on whether the current conditions and some reasonable efforts would be sufficient to gain control of the pandemic and lead normal life."

While the goal of vaccinating as many people as possible is important, Gershoni thinks Israel should direct its efforts on what he calls “pragmatic” protection. “We know that coronavirus morbidity in children and teens is less severe and many who are infected don't suffer symptoms." If this was the case for the entire population, Israel could operate normally. So, "if theoretically everyone over 40 was vaccinated, we would reach immunity of about 50 percent. While it is still far from herd immunity (herd immunity is reached at 70-80 percent), it protects the at-risk population,” Gershoni adds.

Prof. Ran Balicer, a professor of public health and chief innovation officer at Clalit Health Services and a member of the national Epidemic Management Team, suggests we use the term "indirect protection."

Indirect protection means that the unvaccinated population is safeguarded because vaccinations and restrictions impede the spread of the virus. "Even without reaching herd immunity, the more the number of daily confirmed cases goes down, the bigger effect it would have on indirect protection. When 60 percent of the population is vaccinated, it's enough for the infection rate to go down. This in addition to wearing masks and social distancing are enough to curb infection rates and reopen the economy," Balicer said.

According to Balicer, the effects of indirect protection, which are still felt in Israel, have allowed a cautious return to normal. What Israel experiences is not a weakening of the virus but the effects of a vaccination drive which limits its spreading potential. Indirect protection builds up gradually, "we see a dramatic decline in infections within communities, which has high vaccination rates, and we anticipate that this will gradually expand," he added.

Wiping out the virus

Dvir Aran, the principal investigator of a biomedical data science lab at the Technion, offers a different perspective on the population's immunity rate.

Aran, who develops machine-learning models to improve clinical decision-making, emphasized two parameters that are significant for predictive COVID-19 models. The first measures the rate of reproduction (R number), which signifies to the number of people each coronavirus patient infects on average without any means of protection. The second measures how effective vaccinations are in reducing infection levels among vaccinated people.

With these parameters we can build the models necessary to understand what "percentage of the population (is) protected from the virus,” Aran says. When the pandemic broke and Israel had no restrictions in placed the R number varied between 2 and 3, Aran says. And when the British variant arrived in Israel, before it had implemented restrictions and had no vaccines, "the R number fluctuated between 4 and 5,” he says.

However, "according to Aran's models, if the vaccines reduce the level of infection by 90 percent, it’s enough for Israel to vaccinate only 55 percent of its population to lower the R number below 1." When the R number drops below one, the number of new infections decreases and the pandemic fades.

Currently, the R number is at 0.6, Aran says. He believes that “even if people would stop wearing masks and would go back to soccer stadiums, the R number will rise up to 0.8 percent at most." This scenario, however, can change if a new COVID-19 strain which has a higher infection rate and is resistant to the vaccines we are using. A scenario Aran thinks isn't "very likely.”

Figures published on Wednesday by the Israeli Health Ministry show that 4,649,654 people are fully vaccinated against COVID-19. In practice that means that more than half of Israel’s population has received the second shot of COVID- vaccine. Alongside them, some 550,000 Israelis have received the first dose, but have yet received the second.

Although the vaccination rates are expected to limit the spread of the virus, we should not fool ourselves to think that the pandemic is over. Gershoni reminds us that viruses like polio or measles still exist even though a vaccine was found long ago. “These viruses exist. We can still see outbreaks of measles occur from time to time, in places where vaccination rates decline below a certain level and protection is impaired," he adds.

While Israel is focused on leading the world with its vaccination drive, "there’s an illusion here,” says Gershoni. “Mainly because the problem the pandemic poses in Israel doesn’t stop at its borders. As long as the virus is raging among our neighbors in Gaza, Lebanon, Syria, Jordan and Egypt, we won’t be protected,” he says.