The expert guide to space colonies 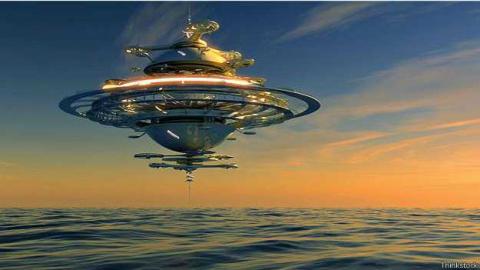 BBC Future’s World-Changing Ideas Summit, on 21 October, will examine some of the most exciting and provocative developments we face in science, technology and health. In the run-up to the summit, we will offer a unique guide to some of the issues that will be discussed… starting with the notion that humans may one day build societies beyond Earth.

Why should we take the idea of colonising space seriously?

With our rising planet’s population competing for space and resources, some people are convinced we need to look beyond Earth to help ensure humanity’s survival. As Elon Musk, the entrepreneur behind space tourism company SpaceX put it recently: “I think there is a strong argument for making life multi-planetary in order to safeguard the existence of humanity in the event that something catastrophic were to happen.”

Even if you don’t believe this bleak vision, it’s hard to ignore the eternal human instinct to discover the undiscovered – an urge that could push people beyond the safety of our planet. And there might not be as many hurdles as you might think. “We are at the level of technology where we can imagine leaving the planet for a few nearby places in our Solar System,” former astronaut Jeffrey Hoffman, who will present his ideas at our summit, told BBC Future previously. “The Moon is just around the corner, and Mars isn’t that far away. We have the possibility of at least making the first steps of those voyages in our own lifetimes.”

One possible idea goes as far back as the 1920s. Austro-Hungarian rocket pioneer Herman Potočnik imagined a circular spacecraft - rather like a flying saucer – that rotates to create artificial gravity while a large, concave mirror could focus sunlight for an energy source. As far-fetched as this may sound, the idea has lingered over the years – most notably in the mid-1970s by the late Princeton physicist Gerard O’Neill, and again by the space think tank British Interplanetary Society. Before you dismiss the idea of floating colonies completely, it’s worth noting that the British Interplanetary Society predicted we would reach the Moon three decades before it actually happened.

What about life on Mars? Or any other planet?

Other experts favour the idea of setting up home on firmer ground – a planet or moon – creating an artificial “biosphere” with all the necessary elements for human life to thrive. Mars has become a main focus of attention, and astonishingly, people are already trying to make steps to set-up a new civilisation there by 2025. The Dutch project, called Mars One, was launched in 2012 and it has already vetted 40 applicants from a pool of 200,000. They should now receive training as part of a reality TV show that is helping to fund the project. Needless to say, Mars One has its detractors – but it does at least show the vast interest in colonising space.

SpaceX’s Musk is also rumoured to have his sights set on populating the Red Planet with a colossal vehicle called the Mars Colonial Transporter, which if it were reusable could cut the costs of return trips. As he told Aeon recently, that would only be the beginning: “If we can establish a Mars colony, we can almost certainly colonise the whole Solar System, because we’ll have created a strong economic forcing function for the improvement of space travel. We’ll go to the moons of Jupiter, at least some of the outer ones for sure, and probably Titan on Saturn, and the asteroids.” Even Musk draws the line at inhabiting other stars, however. “Alpha Centauri is four light years away, so if you go at 10% of the speed of light, it’s going to take you 40 years, and that’s assuming you can instantly reach that speed, which isn’t going to be the case… I just wonder what humanity will even look like when we try to do that.”

OK, forget the stars. But how would we cope with life in space? Or getting there?

Life on the International Space Station reveals some of the massive challenges we would face. Simply ferrying enough water for its six inhabitants costs around $2 billion per year. That’s not to mention the difficulties of providing food and oxygen. Ideally, a space colony would need to become self-sufficient, generating all these resources itself or perhaps mining them from nearby asteroids.

Then there are the stresses to the human body: reduced gravity can lead to bone and muscle loss and a dangerous build-up of pressure in the head, which can sometimes lead to temporary and persistent eye problems. Cosmic radiation, meanwhile, can cause cataracts and increase the risk of cancer. Sleep loss and loneliness, meanwhile, could wreak havoc on the mind. Any space colony would need to solve all these difficulties, and more – including surprising day-to-day practical issues, such as the fact that some materials – including human facial hair – tend to be more flammable in lower gravity.

Even more flammable could be our relationship with our fellow companions. With the aim of simulating the long journey to Mars, researchers on the Mars500 project locked up six willing participants in a small sealed hatch in Moscow – with living quarters less than 80 metres squared – for 520 days. One participant’s sleep cycle became skewed so that he was rarely around the rest of the “crew”. Another developed signs of depression while a third started to suffer from cognitive impairment.

And that’s not to mention the political issues of how these isolated human beings should be governed and how to prevent strife in these fragile new societies. While that may seem a distant problem, some scientists and philosophers have already started to draw up a “bill of rights” for these future civilisations.

Let’s say we succeed. Would people living or born in space be different from you or I?

Provided humans can reproduce in space – and given astronauts’ known health problems, that’s by no means certain – these isolated colonies would soon take on unique cultures. They would probably develop their own languages, and may even evolve new physical characteristics. According to Cameron Smith of Portland State University, an initial space colony of 2,000 individuals would begin to look and act differently within about 300 years – with mutations giving rise to different hair texture, skin type and stature – replacing our stocky bodies with something that’s easier to manoeuvre in low gravity. Smith even speculates that a future population may turn to genetic engineering to design radical new organs – such as protection against cosmic rays and gill like structures that would allow them to draw oxygen from carbon dioxide – which might could allow Martians to venture out of the artificial biosphere and truly inhabit their new home.