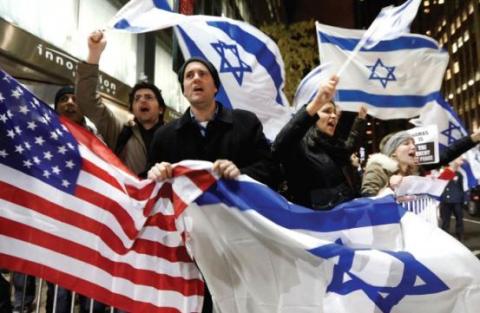 This month’s conference marks just how far the Israeli-Americans have come: we are not on the fringes of the Jewish American community, but a core pillar of its strength.

Ten yars ago I was both an Israeli and an American. Now, I’m an Israeli-American. Embracing this unique hybrid identity makes all the difference in the world for more than a million people living in America. A decade ago, Israeli-Americans were, at best, afterthoughts within the Jewish American community. Even though we had US passports, built American businesses, lived in American homes, had English-speaking kids in schools and colleges, we lived “with our suitcases packed.” We assumed we would return to Israel one day and saw little need to cultivate a community.

Over the past decade, all of this has changed dramatically. More and more, people like me – born in Israel, but residing in the US – along with our spouses, children and grandchildren, are proudly embracing an Israeli-American identity. This is largely a result of the Israeli-American Council (IAC), which has grown to 10 regional councils, with active volunteers in 27 states and a range of innovative programs that meaningfully engage Israeli-Americans nationwide at all stages of life.

Our new identity has provided a centerpiece for the IAC to build a united community. We have moved from isolation to integration within the Jewish American community, from irrelevant to a game changer. And we are using our unique identity to not only get involved in American Jewish life, but to strengthen the broader Jewish-American community in the process. The fact that we speak both “Israeli” and “American” has positioned us to become a living bridge between Israel and US, and to inject what we call “Israeliness” into the broader mix of American Jewish communal institutions.

Later this month, at the IAC National Kenes in Washington, DC, will mark a major milestone in the Israeli-American community’s emergence as a significant and fast-growing player within the broader Jewish Diaspora. It will be the largest gathering of Israeli-Americans in history – and represent a meeting of many of the most important figures in Jewish life today from both the US and Israel.

This three-day conference will bring together community and political leaders, academics, editors, journalists, authors and artists from both Israel and the United States. Leaders of major organizations, such as the Jewish Federations, the Jewish Community Centers of America, Jewish National Fund and AIPAC will explore how Israeli-Americans can strengthen the American Jewish community and its connection to Israel, joining many of the world’s most visionary philanthropists, including Dr. Miriam and Sheldon Adelson.

Together, we will examine how Israeli-Americans can be unleashed to strengthen the three pillars critical for the Jewish future: the next generation, the American Jewish community and the friendship between the American people and Israeli people, as well as the relationship between their governments.

Over the past year, the IAC has already shown significant progress in building these three pillars for both Israeli-Americans and the broader Jewish community. We have been able to strengthen the next generation through programs like IAC Eitanim – which teaches practical leadership skills to groups of Jewish American and Israeli-American high school students, and we have been instrumental in the overwhelmingly passage of an anti-boycott bill in both the California Senate and Assembly.

At the conference, we will explore how to engage and support the next generation in conversation with thought leaders like Birthright Israel CEO Gidi Mark and Gidi Grinstein, the president of the Reut Institute and the author of Flexigidity. We will explore how “Israeliness” – the Hebrew language, Israeli culture and entrepreneurship, our unique sense of family, and our connection to and love for Israel – can strengthen the Jewish identity of Americans, young and old, and not just those with Israeli parents, but those throughout the broader Jewish community.

And we will look for ways to leverage Israeli-Americans as a strategic asset to strengthen the relationship between the US and Israel. Israeli-Americans are knowledgeable and passionate about this subject. They can speak from personal experience – it’s much easier to explain Israel’s security challenges when your family lives in Jerusalem or you have served in the Israel Defense Forces.

Israeli-Americans – instilled with our culture’s characteristic boldness – can form an army of activists who are unafraid to stand up and speak out against the lies about the Jewish state and the Israeli people. This month’s conference marks just how far the Israeli-Americans have come: we are not on the fringes of the Jewish American community, but a core pillar of its strength. Before we founded the IAC, no one used the term “Israeli-Americans” or “Americans of Israeli descent.” Now we proudly embrace our Israeli-American identity: we love our home in America, while remaining deeply connected to our Jewish homeland, which will always be in Israel.

As that identity grows stronger, so does the entire Jewish American community.