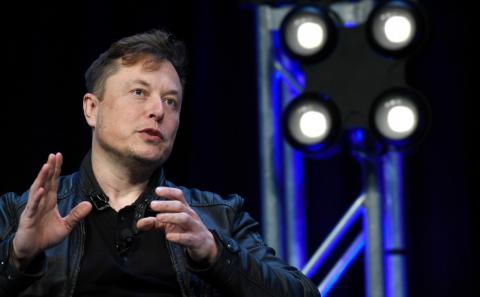 While the science was front-and-center in Elon Musk’s  presentation about Neuralink, his human brain computer inference company, the surgical robot the company debuted made a splash of its own. The rounded polycarbonate sci-fi design of the brain surgeon bot looks like something out of the Portal franchise, but it’s actually the creation of Vancouver-based industrial design firm Woke Studio.

To be clear, Musk’s engineers and scientists have created the underlying technology, but Woke built the robot’s look and user experience, as well as the behind-the-ear communication end piece that Neuralink has shown in prior presentations.

Neuralink’s  bot features clean white (required for ensuring sterility, per Woke), arcing lines and smooth surfaces for a look that at once flags its advanced technical capabilities, but also contains some soothing and more approachable elements, which is wise, considering what the machine is intended to do.

“While the patient may not be awake to see the machine in action, it was still important to design a non-intimidating robot that can aesthetically live alongside the iconic machines in Musk’s portfolio,” the company explains in a press release. “It also needed to meet a long list of medical requirements in terms of sterility and maintenance, and provide safe and seamless utilization for its operators.”

Woke says the Neuralink surgical robot can be separated into three main parts: The head, the body and base. The head of the robot is that helmet-like piece, which actually holds the head of the patient. It also includes a guide for the surgical needle, as well as embedded cameras and sensors to map the patent’s brain. The intent of the design of this piece, which includes a mint-colored interior, is to give the robot “an anthroprmorphic characteristic” that helps distract from the invasive nature of the procedure. There are also single-use disposable bags that line the interior of the helmet for sterile operation.

The Neuralink robot also has a “body,” that humped rear assembly, which includes all the parts responsible for the motion of the robot as it sets up from the procedure. The third element is the base, which basically keeps the whole thing from tipping over, and apparently also contains the computing brains of the brain-bot itself.

Neuralink is an Elon Musk-founded company that’s seeking to mitigate what Musk sees as a potential existential threat to human life: The ascendancy of general artificial intelligence. While its near-term goals are aimed at helping address medical conditions incurred by damage to brain tissue, Musk ultimately hopes that Neuralink will be able to help humans keep up with advanced AI by providing them with a latency-free, direct high-bandwidth connection to their computers — using direct thought input.