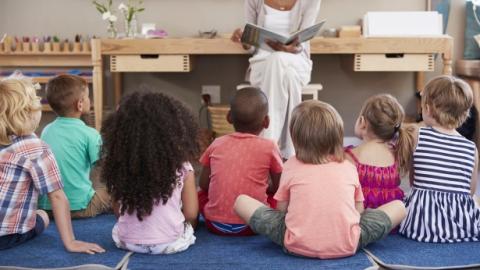 Female middle school students in central Israel were banned from entering their school after wearing shorts in violation of a dress code, amid the most extreme heatwave in Israel’s history. A group of eighth-grade school girls at Alon Middle School in Ra'anana were sent to the principal’s office and not allowed to enter class after breaking the school’s dress code policy, regarded by many as discriminatory and sexist.

Ra'anana Municipality said in a statement that, "The school has specific dress codes, which both students and faculty are well familiar with and are required to follow," Ynet cited. The incident prompted protests in Ra'anana, Kfar Saba, Modiin, and Gedera against what the students have deemed as discriminatory dress codes.

In a separate incident a day earlier, a 7-year-old schoolgirl in Petah Tikva was forced by a teacher to spend hours in her underwear and a T-shirt after arriving at school in a sleeveless dress, against school policy. The second-grader's mother told Ynet, "I sent my daughter to school in a sleeveless dress and in her bag I put a sweater with sleeves to cover up if she got cold. A few hours later, the school called me and said the dress she was wearing wasn't in line with the dress code and that I should bring her different clothes."

The teacher made the student change her attire and gave her just a T-shirt bearing the school logo, but no pants. "I was sure she would put the shirt over the dress, but instead she asked the girl to go to the bathroom, take off her dress and put on the shirt - and so the girl was left in just the shirt and her underwear. When she returned from the bathroom [the teacher] did not say that there was anything was wrong [with her apparel] and let her stay in her underwear and the T-shirt for the rest of the day," the mother said.

Education Minister Yoav Gallant announced that he would investigate the event. “I have this morning ordered a probe and inquiry that will have its conclusions presented to the ministry’s director-general to prevent similar incidents in the future,” Gallant said, as cited by The Times of Israel.

"Adhering to moral norms and students’ safety is a guiding principle for the education system."