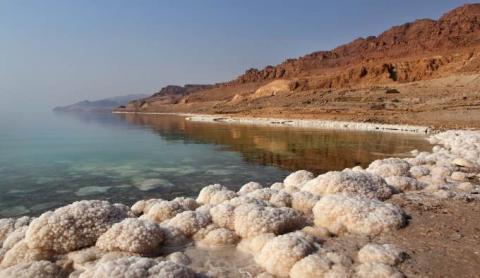 Israel will pay at least one billion dollars for the Dead Sea-Red Sea canal project, although it isn’t vital for Israel’s water economy and will incur unnecessary economic costs. Israel’s desire to ensure a strategic interest of maintaining a stable regime in Jordan which has been adhering to a 1994 peace treaty is largely seen as the driving factor for the move.

The price of geopolitical instability is usually expressed in terms of a huge defense budget at the expense of welfare and development, a high risk investment portfolio and a high cost of living because Israel is an isolated enclave lacking any trade along its borders. To this price we can now add the price the country has chosen intentionally to pay for political-strategic reasons.

The justification for paying a strategic price is measured by military intelligence analysts, Mossad and the Shin Bet and not necessarily by the Finance Ministry. Therefore it may be especially flexible with regard to the problematic budgetary standpoint.

About a month ago Prime Minister Benjamin Netanyahu decided that Israel would fulfill its commitment to advance the controversial project. Under the agreements with Jordan and the Palestinian Authority, Israel is obligated to finance its part of the project and purchase water from a desalination plant being established as part of the deal. The cost of this water will be particularly high considering that Israel can desalinate at half the prospective cost.

What has apparently tipped the scales in favor of the project is a need to keep the stability of Jordanian King Abdullah's regime and prevent ISIS or Iran from establishing control along what is Israel’s longest border. In addition to supporting the canal project Israel has also decided to give Jordan a two year window to cancel the project in exchange for doubling its use of water from the Sea of Galilee. Jordan rejected the Galilee option half a year ago but agreed to the “window” option.

Israel has tried to evade making the commitment in recent years after the heavy economic price of the project, more than one bilion donnars over 25 years, became clear. Jordan has insisted on implementing the project because it sees it as a way of achieving a relatively independent water supply.

The delay in implementing the project was due to political and not only economic reasons. In July 2017 a young Palestinian stabbed a security guard at the Israeli embassy in Jordan and the guard shot him and the landlord of the rented flat dead. The incident caused a diplomatic crisis during which embassy workers spent some time beseiged in the embassy before they were permitted to return to Israel. Israel apologized for the incident last January and the embassy reopened with Israel agreeing to Jordan’s request to name a new ambassador to replace Einat Shlain. Amir Weisbrod took the job in September and relations resumed to normal, also putting the canal project back on the agenda after it had been frozen.

Minister for Regional Cooperation Tzachi Hanegbi believes the high cost of the project isn’t unnecessary. Hanegbi says that without the project Israel would have to spend a similar sum to renovate infrastructure in the Dead Sea region to repair the sinkholes and improve the tourist attraction.

The only factor seen as possibly threatening the project at this point is the issue of finding guarantors. Sources close to the project said Israel has to supply guarantees or compensation to the contractor in the event of a terror attack or major archaeological discovery while the canal is being dug. Israel says the state cannot protect sites beyond its borders and certainly not a more than 200-kilometer (124 miles) long pipeline.

When asked whether the project was still alive during an interview with TheMarker, Hanegbi said, “the deal has been launched but will be implemented slowly because it’s complicated and now the time has come to pubic a final tender for a contractor. Years ago 99 companies applied for the stage of presenting proposals, and five have been waiting for two years for an Israeli decision to publish the tender alongside the Jordanians.”

Hanegbi said Avi Simchon, chairman of the National Economic Council, had proposed an alternative plan to the Jordanians of selling them desalinated water instead of digging the canal. Jordan “was not very enthusiastic about the idea” and urged Israel to stick to its commitment, he said.

"The tender process will last about two years, during which time the Jordanians can decide whether they want to buy more water than the deal calls for….we can let them buy double the amount” contracted for, Hanegbi said.