This day in Jewish history / Yeshiva U. becomes a university 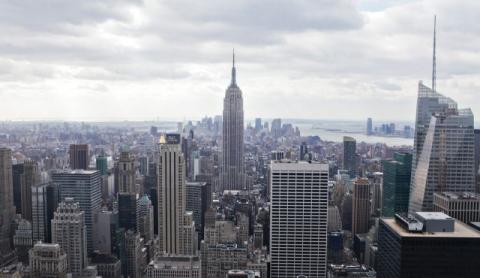 Yeshiva University, the first Jewish-sponsored university in the U.S., straddles the line between religious and secular learning.

On November 16, 1945, the Rabbi Isaac Elchanan Theological Seminary and Yeshiva College, in New York, officially became a university, when the New York State Board of Regents accepted its request to change its name to Yeshiva University. This made it the first university in the United States with Jewish sponsorship.

The schools that comprise Yeshiva U. had their beginnings in the late 19th century, but it was the 1915 merger of the Etz Chaim Yeshiva (founded in 1886) – which combined Talmud study for elementary-school students with some secular instruction – with the Rabbi Isaac Elchanan Theological Seminary (RIETS) that pushed it toward becoming multi-faceted educational institution. The university established several high schools in different parts of the city and a B.A.-granting men’s college in 1928 at the university’s present location in Washington Heights (Stern Women’s College, with its campus in Manhattan’s midtown, came into being 26 years later).

The university is devoted to the philosophy of Torah Umadda – Jewish learning and secular education side-by-side – and, not surprisingly, most of its students are Modern Orthodox Jews. But in 1970, the university took on the status of a secular university, meaning that by law it was committed to accepting students without regard to ethnic or religious background. This move, which had its opponents within the university, was undertaken to avoid losing eligibility for government funding. At the same time, the RIETS, which has a four-year program toward Orthodox rabbinic ordination – and the university’s high schools, were became legal “affiliates” of the college and professional and graduate schools that not made up Yeshiva University. Even with this change, all students at the “secular” Yeshiva College are required to take a full course on Jewish studies and observe religious law on campus, meaning its students are overwhelmingly Orthodox Jews.

The tension inherent in attempting to maintain a modern but traditional identity was exemplified three years ago, when a group of students organized a “Tolerance Club.” One of its first activities was to hold a panel discussion on campus, which attracted more than 700 people, about the experience of being Orthodox and gay. The university administration immediately shut the club down on the grounds that homosexual activity contravenes Jewish religious law.

Today, Yeshiva is a research university centered in four different Manhattan campuses, with highly regarded undergraduate colleges and a business school as well as graduate schools of medicine, law, social work, Jewish studies and education, among others. It also runs high schools for boys and girls. The university has links with several dozen men’s and women’s yeshivot in Israel, so students came combine their studies in New York with time in Israel. Of its approximately 11,000 students include, some 1,000 are in the high schools and the rabbinical seminary, 6,400 are in the undergraduate colleges, and the rest are in graduate programs.

By David B. Green