This day in Jewish history 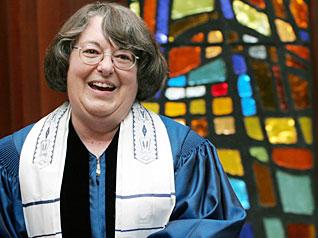 A leading Conservative rabbi appointed a committee to discuss women's ordination 1977, but it took another six years until the decision was made to admit them to rabbinical school. On October 24, 1983, the faculty senate of the Jewish Theological Seminary in New York voted to admit women to the rabbinical school there.

The road to full equality for women in the Conservative Movement was a long one. It began in the mid-1950s with mixed seating being adopted by most movement synagogues, and made important strides in 1973, when the decision was made movement-wide to allow women to be counted in a minyan (prayer quorum) and to be eligible to be called to the Torah. But a 1972 call by “Ezrat Nashim,” a group of female Conservative activists, for complete equality for women in both opportunities and responsibilities – something that would have included the right to become rabbis and cantors – would have to wait another decade to move closer to realization. (The Reform movement began ordaining women in 1972, and the Reconstructionist movement two years after that.)

In 1977, Rabbi Gerson Cohen, chancellor of JTS, appointed a committee to study the subject of ordination of women. Its final report came out in favor, but the JTS faculty was still divided on the issue, and the rabbis’ organization, the Rabbinical Council of America, did not want to act before the seminary did. In anticipation of the eventual policy change, women began taking classes in the seminary’s rabbinical school even before they were formally admitted. Finally, on October 24, 1983, the faculty voted on the issue, with 34 in favor and 8 opposed. The halakhic justification was provided by a responsum written by Rabbi Joel Roth, which said that women could become rabbis if they committed themselves to the same level of observance that men were obligated to.

The timing of the vote was not coincidental: The seminary had waited until after the death of Rabbi Saul Lieberman, one of its most respected scholars of Talmud, on March 23, 1983. Lieberman had a conservative (with a small “c”) view of halakha, and resisted all efforts to equalize the roles of women in Conservative Judaism with those of men. After the vote, a number of Lieberman’s former students and followers, led by Rabbi David Weiss Halivni, withdrew from the seminary and formed the Union for Traditional Conservative Judaism, which later dropped the word “Conservative” from its name.

In September 1984, the seminary accepted its first women – 23 of them – as rabbinical students. The first woman to be ordained and admitted to the Rabbinical Council was Amy Eilberg, in 1985, who was followed into the RCA by two women who had received their ordination at the Hebrew Union College, Beverly Magidson and Jan Kaufman.

Women were only admitted to the cantors’ program at the Jewish Theological Seminary in 1990. Conservative synagogues in the U.S. have the option to make their services fully egalitarian, but are not obligated to do so. Today, some 80 percent of congregations count women in a minyan.

By David B. Green