Dawn of the Cold War 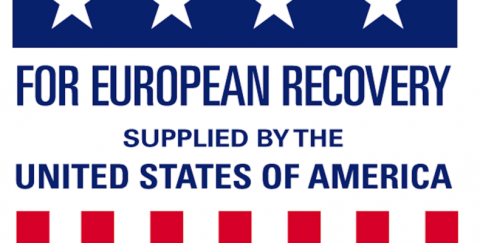 If you want to ensure you’re never so naive as to call for another Marshall Plan, read this book. Benn Steil’s exhaustive narrative about the massive and complicated U.S. effort to aid Europe after World War II makes it clear that a similar initiative is not likely ever to be implemented — even if the United States is someday governed again by a president who sees America’s core interests as connected to others we might want to help.

Drawing extensively on U.S. archival material as well as some Russian, British, French, German, Serbian and Czech sources, Steil tells the story of not just the development of the Marshall Plan but also the division of Germany, the founding of NATO and, as the subtitle of his book indicates, the dawn of the Cold War. Steil’s account is the most detailed yet of the lengthy, constantly evolving initiative, named after U.S. Secretary of State George C. Marshall, who guided the planning of the enormous effort to help Europeans recover from the war’s devastation. He argues that the main success of the Marshall Plan was the psychological boost it gave to Western Europeans, but the chief drawback was that it essentially marked the start of the Cold War.

Faced with widespread destruction in Europe, strong communist parties in Greece and France, and the Red Army deployed throughout Eastern Europe and in the eastern zone of Germany, Marshall was concerned that without American aid, key allies would not be able to build strong democracies with thriving market economies. The harsh winter of 1946-47 exacerbated the situation. Meeting in the Kremlin with Soviet leader Joseph Stalin in April 1947, Marshall got the impression that Stalin expected Western Europe to fall under his sway as conditions worsened. Marshall was determined to prevent such a scenario. At Harvard’s commencement a month and a half later, he announced the U.S. intention, but, as Steil describes, neither Marshall nor anyone else in the government at that time had a detailed plan for exactly how to help Europe recover. The Marshall Plan would be developed and modified many times during the next few years. Steil not only tells that story in fascinating detail but also creates compelling portraits of the main policymakers and their top advisers in the United States and Western Europe.

Key to reviving Western Europe was to allow Germany’s industrial areas to be reactivated, a prospect that frightened many Europeans (especially the French and the Soviets) who had suffered severely from the Nazi war machine. To reassure them, the United States had to commit to maintaining its presence in Europe, but that U.S. presence was a source of great concern to the Soviets. Steil adopts the argument made by the historians Scott Parrish and Mikhail Narinsky in 1994 that the Soviets viewed the Marshall Plan as an aggressive move by the United States aimed at shoring up its own economic, political and military power in Europe; the U.S. goal, the Soviets thought, was to create a Western bloc in opposition to the Soviet Union that would include the western zones of Germany. Stalin had spies in Britain and America who corroborated the Soviet belief. Steil contends that Stalin had not fully ruled out cooperation with the United States until he became convinced of the goals of the Marshall Plan. He then responded by solidifying his own sphere of influence in Eastern Europe, fueling the Cold War.

Steil even identifies the day the Cold War began: July 7, 1947, when the Soviets cabled their Eastern European allies to forbid them from attending a planning meeting in Paris to discuss aid under the Marshall Plan. Soon afterward, Stalin’s top ideologist, Andrei Zhdanov, announced that the world was divided into “two camps” and that the communist countries of Europe were banding together in a new organization, the Communist Information Bureau (Cominform), which was created to solidify Moscow’s control over Eastern Europe in the face of growing U.S. influence in Western Europe.

America initially assumed that an economic aid program would stabilize Europe and allow the United States to pull back and focus on its own domestic matters. But European concern about reviving German power required the United States to maintain a military presence in Europe as a restraint on Germany. The United States also wanted to ensure that its investment of billions of dollars in Western Europe would not be lost to Soviet aggression in the region. In the end, the Marshall Plan, announced in 1947 and launched in 1948, led to the creation of NATO in 1949, injecting a strong military element into the Cold War.

The story of the Marshall Plan is also intimately connected with the process of dividing Germany into East and West. The Americans, British and French sought to establish a West German government to fuel a broad European recovery. Steil emphasizes the U.S. role in promoting this effort, as Carolyn Eisenberg argued two decades ago in “Drawing the Line: The American Decision to Divide Germany.” In May 1949, the West created the Federal Republic of Germany, and in October the Soviets responded by establishing the German Democratic Republic.

Steil is at his best when describing the myriad agencies and policies that oversaw and executed the Marshall Plan as it distributed more than $13 billion in aid to 17 countries from 1948 to 1952. He writes elegantly on economics, explaining complicated mechanisms used to fuel the Western European recovery, such as implementation of counterpart funds, the creation of the European Payments Union and the cancellation of German debt.

Steil’s conclusion is less convincing. He ends the book with a distracting discussion of the post-Cold War period and a critique of U.S.-supported NATO expansion to countries of the former Soviet bloc and the resulting alienation of Russia. Steil’s work would have benefited instead from an analysis of the impact on the legacy of the Marshall Plan from current U.S. protectionist trade policies and strains within the European Union and in U.S.-European relations.

The Marshall Plan: Dawn of the Cold War Hardcover by Benn Steil