The Dark Side of Emotional Intelligence 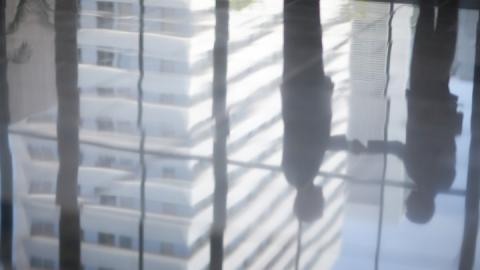 Some of the greatest moments in human history were fueled by emotional intelligence. When Martin Luther King, Jr. presented his dream, he chose language that would stir the hearts of his audience. “Instead of honoring this sacred obligation” to liberty, King thundered, “America has given the Negro people a bad check.”

He promised that a land “sweltering with the heat of oppression” could be “transformed into an oasis of freedom and justice,” and envisioned a future in which “on the red hills of Georgia sons of former slaves and the sons of former slave-owners will be able to sit down together at the table of brotherhood.”

Delivering this electrifying message required emotional intelligence—the ability to recognize, understand, and manage emotions. Dr. King demonstrated remarkable skill in managing his own emotions and in sparking emotions that moved his audience to action. As his speechwriter Clarence Jones reflected, King delivered “a perfectly balanced outcry of reason and emotion, of anger and hope. His tone of pained indignation matched that note for note.”

Recognizing the power of emotions, another one of the most influential leaders of the 20th century spent years studying the emotional effects of his body language. Practicing his hand gestures and analyzing images of his movements allowed him to become “an absolutely spellbinding public speaker,” says the historian Roger Moorhouse—“it was something he worked very hard on.” His name was Adolf Hitler.

Emotional intelligence is important, but the unbridled enthusiasm has obscured a dark side. New evidence shows that when people hone their emotional skills, they become better at manipulating others. When you’re good at controlling your own emotions, you can disguise your true feelings. When you know what others are feeling, you can tug at their heartstrings and motivate them to act against their own best interests.

Social scientists have begun to document this dark side of emotional intelligence. In emerging research led by University of Cambridge professor Jochen Menges, when a leader gave an inspiring speech filled with emotion, the audience was less likely to scrutinize the message and remembered less of the content. Ironically, audience members were so moved by the speech that they claimed to recall more of it.

The authors call this the awestruck effect, but it might just as easily be described as the dumbstruck effect. One observer reflected that Hitler’s persuasive impact came from his ability to strategically express emotions—he would “tear open his heart”—and these emotions affected his followers to the point that they would “stop thinking critically and just emote.”

Leaders who master emotions can rob us of our capacities to reason. If their values are out of step with our own, the results can be devastating. New evidence suggests that when people have self-serving motives, emotional intelligence becomes a weapon for manipulating others. In a study led by the University of Toronto psychologist Stéphane Côté, university employees filled out a survey about their Machiavellian tendencies, and took a test measuring their knowledge about effective strategies for managing emotions. Then, Cote’s team assessed how often the employees deliberately undermined their colleagues. The employees who engaged in the most harmful behaviors were Machiavellians with high emotional intelligence. They used their emotional skills to demean and embarrass their peers for personal gain. In one computer company studied by Tel-Aviv University professor Gideon Kunda, a manager admitted to telling a colleague “how excited we all are with what he is doing,” but at the same time, “distancing my organization from the project,” so “when it blows up,” the company’s founder would blame the colleague.

Shining a light on this dark side of emotional intelligence is one mission of a research team led by University College London professor Martin Kilduff. According to these experts, emotional intelligence helps people disguise one set of emotions while expressing another for personal gain. Emotionally intelligent people “intentionally shape their emotions to fabricate favorable impressions of themselves,” Professor Kilduff’s team writes. “The strategic disguise of one’s own emotions and the manipulation of others’ emotions for strategic ends are behaviors evident not only on Shakespeare’s stage but also in the offices and corridors where power and influence are traded.”

Of course, people aren’t always using emotional intelligence for nefarious ends. More often than not, emotional skills are simply instrumental tools for goal accomplishment. In a study of emotions at the Body Shop, a research team led by Stanford professor Joanne Martin discovered that founder Anita Roddick leveraged emotions to inspire her employees to fundraise for charity. As Roddick explained, “Whenever we wanted to persuade our staff to support a particular project we always tried to break their hearts.” However, Roddick also encouraged employees to be strategic in the timing of their emotion expressions. In one case, after noticing that an employee often “breaks down in tears with frustration,” Roddick said it was acceptable to cry, but “I told her it has to be used. I said, ‘Here, cry at this point in the ... meeting.” When viewing Roddick as an exemplar of an emotionally intelligent leader, it becomes clear that there’s a fine line between motivation and manipulation. Walking that tightrope is no easy task.

However, in jobs that involved fewer emotional demands, the results reversed. The more emotionally intelligent employees were, the lower their job performance. For mechanics, scientists, and accountants, emotional intelligence was a liability rather than an asset. Although more research is needed to unpack these results, one promising explanation is that these employees were paying attention to emotions when they should have been focusing on their tasks. If your job is to analyze data or repair cars, it can be quite distracting to read the facial expressions, vocal tones, and body languages of the people around you. In suggesting that emotional intelligence is critical in the workplace, perhaps we’ve put the cart before the horse.

Instead of assuming that emotional intelligence is always useful, we need to think more carefully about where and when it matters. In a recent study at a healthcare company, I asked employees to complete a test about managing and regulating emotions, and then asked managers to evaluate how much time employees spent helping their colleagues and customers. There was no relationship whatsoever between emotional intelligence and helping: Helping is driven by our motivations and values, not by our abilities to understand and manage emotions. However, emotional intelligence was consequential when examining a different behavior: challenging the status quo by speaking up with ideas and suggestions for improvement.

Emotionally intelligent employees spoke up more often and more effectively. When colleagues were treated unjustly, they felt the righteous indignation to speak up, but were able to keep their anger in check and reason with their colleagues. When they went out on a limb to advocate for gender equity, emotional intelligence helped them keep their fear at bay. When they brought ideas for innovation to senior leaders, their ability to express enthusiasm helped them avoid threatening leaders. On a much smaller scale, they were able to follow Martin Luther King Jr.’s lead in rocking the boat while keeping it steady.

More than two decades have passed since psychologists Peter Salovey at Yale and John Mayer at the University of New Hampshire introduced the concept of emotional intelligence in 1990. Why has it taken us so long to develop a more nuanced view? After Daniel Goleman popularized the idea in 1995, many researchers—perhaps awestruck themselves by enthusiasm for the concept of emotional intelligence—proceeded to conduct studies that were fatally flawed. As University of Lausanne professor John Antonakis observed, “practice and voodoo science is running way ahead of rigorous research.”

One of the most persistent problems was the use of self-report measures, which asked employees to rate their own emotional abilities on items like “I can tell how people are feeling even if they never tell me” and “I am generally very good at calming someone down when he or she is upset.” Abilities cannot be accurately measured with self-reports. As emotion experts Sigal Barsade of Wharton and Donald Gibson of Fairfield University lament, “One might compare this approach to assessing mathematical skills by asking respondents, ‘How good are you at solving algebraic equations?’ rather than asking the person to actually solve an algebraic equation.”