The Danger of Alienating Diaspora Jews 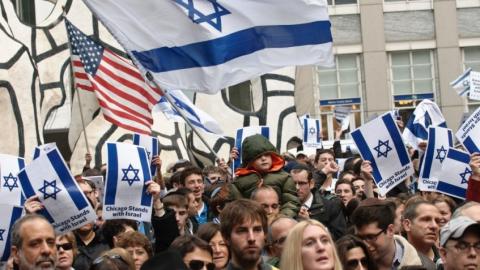 The threat posed by the axis of Iran, Syria, Hezbollah and Hamas is no right-wing invention but rather reality. Israel’s capacity to face up to this threat, whatever Israeli government is in power, is dependent upon international forces. They will be influenced, as they have been in the past, by the attitude of the Jews of the world, particularly American Jews, towards Israel. Without their support, the State of Israel would not have been established, and it cannot exist without such support today either.

The Israeli government’s policy toward non-Orthodox streams of Jewry, which represent 90 percent of American Jews, threatens the connection that American Jews have to Israel, and is liable to weaken that link to such an extent that it results in apathy and a refusal to act on Israel’s behalf even during a crisis. Simply put, the policy of the current Israeli government is endangering Israel’s existence. Blame should not be cast upon Israel’s ultra-Orthodox parties, because they are fundamentally anti-Zionist. The future of Israel is not among its interests, first of all because they view that to be in the hands of the Almighty in any event; and secondly, because ultra-Orthodox principles take precedence over diplomatic, economic or social interests. When it comes down to it, these parties have no fundamental interest in the future of the Jewish people inasmuch as they define it as the ultra-Orthodox minority alone. Everything else is of no interest to them.

The thirteen ultra-Orthodox members of the Knesset, not a large minority in the 120-seat parliament, have linked up with their Habayit Hayehudi coalition partner, a religious Zionist party with eight Knesset members (with a purportedly secular fringe represented by Justice Minister Ayelet Shaked). Habayit Hayehudi rejects non-Orthodox Judaism, but at the same time doesn’t want to cut itself off from the vast majority of the Jewish people. Habayit Hayehudi is busy with more important things.

The Knesset opposition cannot influence the government’s suicidal policy. A majority among the governing coalition – Likud, Yisrael Beiteinu and Kulanu – can’t see beyond their own noses. Prime Minister Benjamin Netanyahu is focused on Iran, on President Trump and on the criminal investigations that he, Netanyahu, is facing. The Jewish people is a marginal subject that is only the stuff of slogans. Netanyahu has no real interest in the world’s Jews. They have been useful idiots up to now and certainly will continue to be so, or apparently that’s how the thinking goes. But that would be a mistake, perhaps a fatal one.

A letter sent on Jewish pluralism issues to the Israeli prime minister last week by seven Jewish Democratic members of the U.S. Senate should serve as a warning. There is no guarantee that the United States will always have a Republican administration and a shift in party control could lead to the collapse of the relationship currently being built in Jerusalem. It is true that the leadership of most of American Jewry has been and continues to be weak, but unlike in Israel, the leadership there does not necessarily express the true feelings of the Jewish public there. American Jews don’t have to do anything to express their opinion. Instead, they can simply retreat from any interest in Israel. “They don’t want us?” American Jews can say of Israel. “Let them live and be well. Let Israel take care of itself.”

Doesn’t a majority among Israel’s governing coalition and opposition understand anything?