Conference on anti-Semitism in Tel Aviv 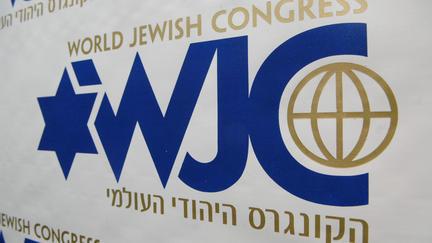 Many would argue that anti-Semitism is no worse than any other hatred. But it’s not every day that a top official at the World Jewish Congress tries to make that case – let alone suggest that Jews are apathetic to the suffering of other minorities. So when Menachem Rosensaft, the general counsel of the WJC, an organization dedicated to fighting anti-Semitism, delivered remarks in this vein at a Tel Aviv conference on anti-Semitism on Monday, the audience was – needless to say – caught off guard.

“Anti-Semitism is sometimes referred to as the most pernicious hatred,” he told delegates. “I respectfully reject that characterization and any suggestion that anti-Semitism is somehow worse than other forms of bigotry.
He continued: “I’m sorry, but the white supremacist ideology that holds African-Americans and Hispanics to be inferior to Caucasians is every bit as reprehensible as anti-Semitism. So are other kinds of discrimination and oppression on the basis of religion, race and nationality.

“The hatred that resulted in the genocide of Bosnian Muslims in Srebrenica and of the Tutsi in Rwanda are no less evil than the hatred of Jews that resulted in pogroms and the Shoah,” he added. It wasn’t exactly what participants at “The Oldest Hatred Gone Viral” summit had come expecting to hear. Rosensaft, who teaches law at Columbia and Cornell, was a keynote speaker at the conference, sponsored by the WJC in cooperation with NGO Monitor, a right-wing organization that tracks the activities of anti-occupation and other civil society groups in Israel.

Considered an international expert on genocide, Rosensaft suggested that Jews were not sensitive enough to the persecution of other minorities, in particular Muslims and African-Americans.
“In our fight against anti-Semitism, we must never allow ourselves to lose sight of the fundamental reality: That precisely the same dangerous hatred used to incite violence – sometimes lethal violence – against Jews can just as easily be used against other minorities,” he said.

Rosensaft said that Jews tend to focus too much on anti-Semitism from the left and ignore anti-Semitism on the right. “I am as concerned about neo-Nazis and white supremacists shouting ‘Jews shall not replace us,’” he said, referring to the violent rally in Charlottesville, Virginia, in August, “as I am by jihadists or BDS activists who deny Israel’s right to exist as a Jewish state. “We do ourselves a disservice, in my opinion, when some of us focus our attention – primarily, if not exclusively – on the anti-Semitism generated by the anti-Israel left, while minimizing the impact of the bigotry and xenophobia emanating from the extreme right.”

Rosensaft, a child of Holocaust survivors and considered a leading authority on the second generation, warned that Jewish apathy to the plight of others would cause others to be apathetic to the plight of the Jews. “If we do not recognize the suffering of others and the hatred directed against others, for what reason and on what basis can we expect others to look at the hatred directed against us and want to identify with us?” he asked.

Rosensaft made his remarks during a special session devoted to the memory of Prof. Robert S. Wistrich, a renowned Hebrew University authority on anti-Semitism who died in May 2015. In the discussion that followed, members of the audience challenged Rosensaft for asserting that anti-Semitism was comparable to other forms of bigotry.

Wistrich’s widow, Danielle, drew a large round of applause when she delivered the following statement, summing up the general sentiment among delegates: “I don’t think we Jews need to spend our energy, our money and our time to defend Arabs, because I think they have their own people to do that. I think it is good to be well meaning and wonderful to have a big heart, but let’s keep it for ourselves.”