Closure of education system does more harm than good 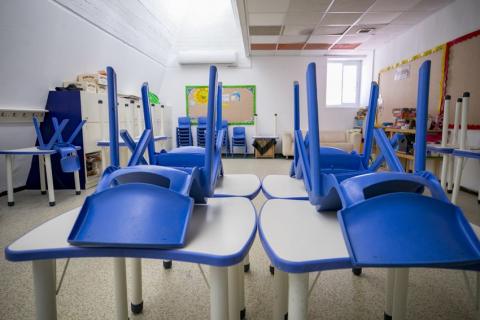 A team of experts warned Thursday that keeping the education system closed as part of the national lockdown to curb the coronavirus outbreak is doing more harm than good, recommending an immediate, gradual reopening of schools and kindergartens in low-morbidity areas.

The position paper by a team of 11 experts from the Hebrew University in Jerusalem and Hadassah Medical Center was published as the government was set to decide on further extending the tightened lockdown, which has been in place for three weeks.

Homes have become a major source of infection, particularly in large and crowded households, the experts warned, noting that many homes in Israel fit that description, “principally in the ultra-Orthodox community.” “The damage involved in the sweeping closure of the education system outweighs the benefit,” they wrote, calling for a “careful and differential opening of education frameworks as soon as possible.”

“Schools are not a catalyst for morbidity, while the closure of the education system is causing serious and possibly even long-term harm to children,” the experts warned. “We recommend the immediate opening of kindergartens in green and yellow localities in the first phase, while adhering to hygiene, social distance and outdoor teaching rules,” they advised, referring to low and medium-low infection areas in the Health Ministry’s color-coded scale.

The team wrote that as more and more education workers, parents and at-risk groups are vaccinated in the country’s mass immunization program, the danger to the general public posed by opening the education system is going down. They said that as soon as infection rates start to fall, the entire education system should be among the first to reopen.

The paper, citing Health Ministry figures, found that the current wave of infections in the country features a higher proportion of infected children aged 0-9, as well as more women. That change occurred mostly during the current lockdown, they wrote, and possibly because of it. Another possible cause is the increased prevalence of new and more infectious mutated strains that have reached the country.

Whereas there was a 20 percent increase in general infections from January 12 to January 25, among children aged nine or younger the figure was around 30%, with girls showing a slightly higher rate, the paper said.

In the 10-19 age group, there was a roughly 18% increase among boys but a nearly 25% increase among girls. In all other age groups except 50-59 year-olds, the increase was larger among women than men. “The educational, social, health and emotional damage [to children] by their closure at home, as well as the damage to parents and especially to mothers who will be forced to stay with them, will undoubtedly increase to the extent that the education institutions remain closed,” the experts wrote.

They noted that in addition to the significant damage to education caused by the lockdown, there is also clear evidence of increased anxiety, eating and sleeping disorders, and dangerous behavior among teenagers such as alcohol and drug use, as well as domestic violence. Under the terms of the lockdown, only special education institutes have remained open while the rest of the education system has largely moved to remote learning.

A rapid opening of the education system after each of the two previous lockdowns was blamed by health officials for a resurgence of the coronavirus, which has claimed at least 4,612 lives since the start of the pandemic in Israel. The current lockdown had initially left preschools open, but they were shut as national infection rates soared.