China-Israel high-tech investments get kicked up a notch 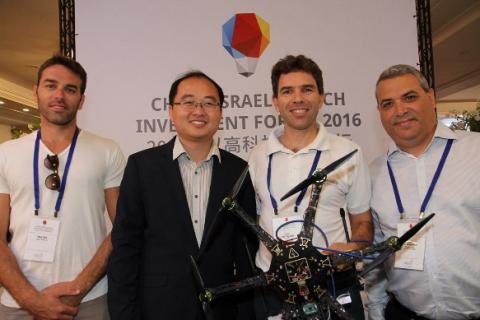 Even as business between China and Israel steadily grows each year, a “trust crisis” could adversely impact the trade between the countries, says Edwards You Lyu, founder and CEO of Vadi Ventures. The new Chinese-owned company in Tel Aviv screens visiting business people from China to identify those with the most serious investment intentions, and helps those visitors overcome language and cultural barriers, local bureaucracy and legal issues.

Earlier this week, Vadi sponsored its first China-Israel Hi-tech Investments Forum aimed at reaching “a new breed” of Chinese investors: small to medium companies that have not visited Israel but are searching for strategic investments that would infuse innovation in their particular industry, says Lyu, who earned an international MBA at Tel Aviv University.

“Dozens, even hundreds, of Chinese investors – entrepreneurs and government officials alike – visit Israel every week,” he said. “For most of them, this is the beginning and the end of the connection with Israeli entrepreneurs. Many startup companies grow tired of hanging their hopes on potential Chinese investors who visit their headquarters, take photos, ask questions and leave with no definite agreement.”

Among about 20 Israeli startups chosen to present at the forum were:

China hosts 136 Israeli companies and 157 offices of Israel-based companies, according to the IVC Research Center. Chinese companies that have invested in Israel include giants such as Baidu, Tencent and Alibaba.