Central Bureau of Statistics: ranking quality of life indications across Israel in cities 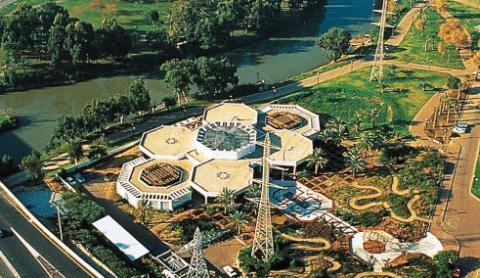 Kfar Saba, which lies between Ra’anana and Hod Hasharon, led most of the indices, ranking first in life expectancy (84.9 years), housing density (0.7 people per room, compared with 0.86 for the cities’ average), satisfaction with the residential areas (95.5%), and satisfaction with parks and green spaces (83.9%).

Rehovot, south of Tel Aviv near Rishon Lezion and Ramle, was the runner-up in the survey, leading with the percentage of residents who displayed a general satisfaction with life (97.5%). The city also had the highest percentage of employees who felt their job broadly matched their field of study (77.8%) and allowed for promotion (57.9%). Trust in the health system and the lowest percentage of residents who were bothered by external noise in their home were also key to Rehovot’s position in the survey. Interestingly, not a single traffic accident death was reported in the city in 2020.

Rishon Lezion, Israel’s fifth-largest city, came out on top as the safest city to walk alone in at night with 88.9% of residents indicating they felt safe doing so, according to the survey. The city scored lower on satisfaction with public transportation (33.1%) and high expectations for the future (38.7%, compared to the 53.1% average).

Other notable results of the survey included that the central city of Petah Tikva had the lowest percentages of residents feeling loneliness, depression, and discrimination. The mixed northern coastal city of Haifa, Israel’s third-largest city, had the highest percentage of people who felt satisfied with their housing costs.

Jerusalem fared poorly in most of the quality of life indices, including the number of residents who were feeling depressed (20.3% compared to the 22.9% average), but ranked higher than average in water quality. Given the capital’s population composition, there was a significant gap between the percentage of Jews who felt satisfied with their lives (96%) and the percentage of Arab residents who felt the same (75%).