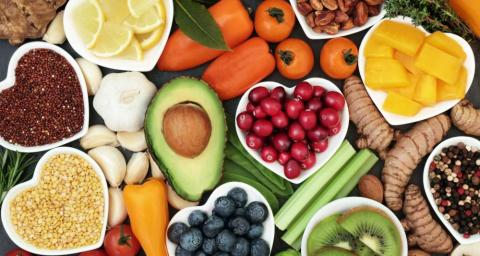 Heart disease is when the heart's blood supply is blocked or interrupted by a build-up of fatty substances in the arteries. Over time, the walls of your arteries can become furred up with fatty deposits thus increasing a person’s risk to the potentially life-threatening condition. A surprising risk factor was discovered in a study.

People with deep forehead wrinkles may be at a higher risk of dying from cardiovascular disease, research suggests. The study found those with deep furrows in their brow could be a red flag when it comes to potential problems such as heart conditions or strokes, according to the 20-year French study.

Those with “numerous deep wrinkles” may be 10 times more likely to be killed by a cardiovascular condition, wrote lead author Yolande Esquirol, an associate professor at the Centre Hospitalier Universitaire de Toulouse.

The study makes clear that wrinkles are still not a better method of evaluating cardiovascular conditions – the biggest killing disease in Europe – than existing methods such as testing blood pressure and lipid profiles.

The research was presented at the 2018 annual conference of the European Society of Cardiology, held in Munich, Germany. In the study, 3,200 adults were analysed over two decades aged between 32 and 62.

Scores were assigned to each person depending on the number and depth of wrinkles on their forehead. A mark of zero meant skin was completely smooth while a score of three meant "numerous deep wrinkles".

The authors found that people with a score of one had a “slightly higher” risk of dying of cardiovascular disease than people with a zero rating, while those who had a score of two and three had almost 10 times the risk.

Professor Esquirol added: "The higher your wrinkle score, the more your cardiovascular mortality risk increases. "You can't see or feel risk factors like high cholesterol or hypertension [so] we explored forehead wrinkles as a marker because it's so simple and visual. “Just looking at a person's face could sound an alarm, then we could give advice to lower risk."

What is the link?

Researchers found that blood vessels in the forehead are particularly fine, which could mean they are more sensitive to the build-up of plaque that is a hallmark of atherosclerosis. “In atherosclerosis, plaque builds up inside the arteries, making them less elastic and narrowing them down over time,” says Medical News Today.

It adds: “This limits the supply of oxygen-rich blood to the body’s major organs, which, in turn, may lead to a range of diseases — depending on which organ is affected. “When plaque accumulates inside the coronary arteries, coronary heart disease and even heart attacks may ensue.”

The study authors also suggested that forehead wrinkles could be an easier and much less costly way of determining whether someone has the condition than lipid tests and blood pressure measurements.

“Forehead wrinkles may be a marker of atherosclerosis,” said Professor Esquirol. “This is the first time a link has been established between cardiovascular risk and forehead wrinkles, so the findings do need to be confirmed in future studies,” she added.