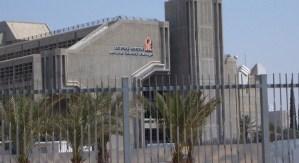 The Council for Higher Education has gone back on its decision to shut down Ben-Gurion University's Department of Politics and Government, putting an end to an affair that caused widespread controversy among academics.

Haaretz has learned that the council voted on Tuesday to approve a different decision by one of its subcommittees, which accepted the appeal by Ben-Gurion University, thus enabling students to register in the department. As reported by Haaretz, the council, led by Education Minister Gideon Saar, had decided to postpone the final decision on the department's fate until after the January 22 election. The decision to postpone was approved despite the fact that a written draft reversing the council's decision was ready for approval for over a month. Sources in the council believe the reason was fear of right-wing political pressure that would insist on the department's closure.

Over the years, some of the department's staffers have been labeled by far-right activists as anti-Zionists out to harm Israel. The group Im Tirzu called on the university to "put an end to the [department's] anti-Zionist tilt."

The affair began two years ago after the council commissioned an international panel to hold a quality assessment of the various university Politics and Government departments. The international committee, headed by Thomas Risse of the Free University of Berlin, issued a report including recommendations for improvements in several institutions, including the Ben-Gurion department, which was called on to hire more faculty members and make other changes.

Ben-Gurion University and the department acted on the recommendations, adding three new staff members and updating the courses. Members of the international committee, who were appointed to follow the implementation of the recommendations, expressed their satisfaction with these steps in a letter to the council, while pointing out further necessary changes.

However, rather than implementing those recommendations, a Council for Higher Education subcommittee decided to close the department altogether, forbidding it to register students for the 2013-14 academic year.

Last September more than 300 faculty members of academic institutions across Israel signed a petition protesting the council subcommittee's decision. "We sense that academic freedom in Israel's higher education system is in severe danger," said the petition, initiated by Prof. Gilad Haran of the Weizmann Institute of Science in Rehovot. "Closure of this department constitutes the first instance, but certainly not the last, unless the current trend is halted."

Other signatories included Prof. Galia Golan, a member of a previous Council for Higher Education committee that pointed out problems in the department, but who refused to sign the report because she said it was influenced by political considerations.

In response to the moves for the department's closure, Ben-Gurion University has opened a legal proceeding against the council. In an unusual step, an attorney for the university sent the council a letter in which he charged, "The actions of the sub-committee ... were intensifying the disappointing, harsh feeling that the subcommittee's position regarding the university's Department of Politics and Government was oppositional, and stems from secret agendas that are not academically relevant, and which the Council for Higher Education was not at liberty to consider ... especially in light of clause 15 of the Council for Higher Education Law, which defines academic freedom."

Following the university's appeal, the council announced that it informed Ben-Gurion University that it had three weeks to commit itself to amending the shortcomings that had yet to be corrected, promising to review the closure decision after the commitment was received. Following the submitted commitment a draft was formulated, in effect reversing the closure decision, on condition the international panel continued to monitor the department's shortcomings - but the draft only was approved by the council plenum on Tuesday.