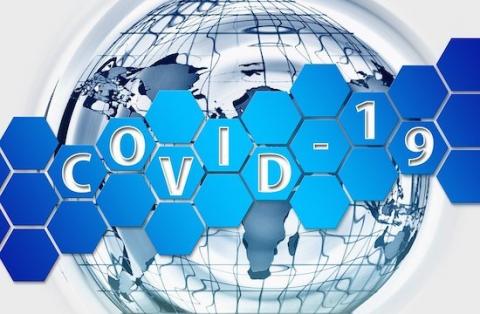 The coronavirus pandemic has set the stage for the greatest upheaval in the global order since World War Two. China, Russia, Iran and other adversaries of America are positioning themselves to take advantage of the post-pandemic environment and may have significant advantages in doing so. The United States cannot afford to ignore this reality and concentrate solely on spurring a domestic recovery. Washington must lead an international effort of like-minded democracies—including Allies and friends in Europe, Asia, South Asia and the Middle East—to shape the world emerging from coronavirus in a way that favors freedom, prosperity, and global security.

The “West”— the idea, not the place—remains the most visionary, powerful, resourceful, inspiring, and sustainable hope for humanity. Our leaders must marshal these strengths now to build a post-pandemic world that will benefit future generations. Much of the world remains focused on repairing the local damage done by the coronavirus and taking international steps to improve preparedness for future pandemics. These are important and necessary efforts. But it is not too soon to begin thinking through the geopolitical impact of the virus and designing strategies for advancing western values and interests.

This is not the first time the West has faced a brave new world and needed to put together a vision and strategy for the future.

Such was the case in the late 1940s and early 1950s. Gazing at the ashes of World War II, Western leaders concluded that the future of the victorious democratic community depended on the growth of democracy, independence, prosperity and security in the world as a whole. They established institutions and doctrines to help achieve those goals: the United Nations, the Universal Declaration on Human Rights, the Bretton Woods institutions, the European Coal and Steel Community (which later became the EU), the International Court of Justice, NATO and more. It wasn’t perfect, but it reflected a clear vision and strategy for the long-term, and it brought tremendous results.

We are at another such juncture in human history. Some of those institutions shaped seventy years ago still work. Others do not. Regardless, we need a clear vision and bold strategies to shape the post-pandemic world. Here are seven specific recommendations.

Create a Series of Summits Among Like-Minded Democracies

In the years preceding the coronavirus outbreak, expediency in making deals with adversaries—whether it was guzzling Russian gas, buying cheap Chinese manufactured goods, or cutting Iran some slack on nuclear development—took priority over insisting on values and principles. Multilateral organizations like the OECD, WTO, Council of Europe, UN Human Rights Council and others failed to enforce their own standards. Democracies were divided, complacent, and compromised.

The period of re-emergence from coronavirus represents an opportunity to rally like-minded democracies around common values and goals. This could be based on a series of agenda-setting summit meetings designed to advance a coherent, pro-freedom agenda, in organizations such as NATO, the G-7 (or “D-10” adding, Japan, Korea and Australia), U.S.-European Union, the Community of Democracies, USMCA, and more.

Together, North America and Europe represent the most prosperous, most secure, most law-abiding, and most freedom-respecting segment of the world. They have the political, economic and security heft to set the global agenda in ways that can protect freedom, market economic principles, rule of law, human rights, democratic systems, and global peace and security. The heart of this should be unleashing the power of investment and free and fair exchange of goods and services in a single, massive economic zone—one that links the USMCA, EU, and EFTA. Allies such as Japan, South Korea, and Australia could also adhere to such a zone.

A key part of such a pact is the identification of strategic infrastructure and industries that must be sourced within this democratic, free-market zone. This would effectively negate China’s efforts to make inroads in Europe through its Belt-and-Road initiative, or dominate 5G networks. States emerging from coronavirus will be tempted to build national barriers—but we would be far better served by lowering barriers among like-minded allies, and raising even higher barriers against authoritarian adversaries that do not share our values and interests.

Past efforts to create a transatlantic trade and investment pact were hobbled by specialized interests in many countries, and ultimately too timid in seeking to tear down barriers and build a genuine, robust transatlantic economy. In the wake of the coronavirus, it may be possible to launch a revolutionary new Transatlantic Investment, Growth, and Resilience Pact.

Re-Prioritize NATO as an Integrated Security Provider to Contain Authoritarianism

French president Emmanuel Macron told a painful truth when he described NATO as braindead. NATO remains the single most important guarantor of security for the transatlantic area, as well as the organization most capable of projecting security into crisis areas. But NATO needs a fresh infusion of political capital from its nation-states. As a consensus-based organization, the alliance is only as strong as the political commitment of its member states. This means every ally must recommit to NATO as the coordinator for dealing with all types of security threats. The United States needs to lead this effort.

One reality the coronavirus crisis exposed is that security is not limited to the military domain. Cyber, information, energy, critical infrastructure and supply chains, and health systems all represent domains where the security of our societies is under constant threat. NATO has adapted to a changing threat environment several times in the past. It must adapt again, by expanding its understanding of the threat environment and by investing in the tools necessary to coordinate the policies and actions of its members in providing security in the twenty-first century. The reflection process initiated by NATO’s Secretary General Jens Stoltenberg must be bold in recommending far-reaching changes to the operation of the alliance.

Expand the Zone of Freedom, Open Economies, and Security

Over one hundred million people in Central and Eastern Europe now live in democracy, growing prosperity, and security thanks to post–Cold War NATO and EU enlargement. NATO and the EU are both stronger, and Europe is safer and more prosperous, as a result. Several nations in Europe’s neighborhood, however, remain outside this zone of freedom.

The recent addition of North Macedonia as the alliance’s thirtieth member strengthens NATO, bolsters regional stability in the western Balkans, and sends a strong message to pernicious actors—such as Russia—that they do not have a veto right over the decisions of the sovereign member states of NATO. A transatlantic agenda should ensure that the door to NATO membership remains open for all qualified nations, especially for official candidate countries Bosnia and Herzegovina and Georgia, as well as for countries like Kosovo and Ukraine which hope to one day join the alliance.

It is clear that Ukraine has a long way to go before NATO membership becomes a serious possibility, and NATO should continue to foster closer relations. Ukraine continues to demonstrate that it sees its future allied with the West, not living under the yoke of Russian domination. Likewise for Georgia, which was first promised eventual membership at the NATO summit in Bucharest in 2008.

In the wake of the coronavirus crisis—and recognizing the risk of authoritarian states seeking to capitalize in the post-pandemic world—NATO and the EU need to recommit to a process of enlargement to include all European democracies who meet the requirements of membership. Those standards incentivized important reforms in Central Europe in the past, and can still provide an incentive for reform in Europe’s neighborhood if the prospect of membership is real. For NATO, it will be essential to make clear that Russia’s occupation of the territory of some aspirant countries will not be an obstacle to membership. NATO and the aspirant country could agree on a no-first-use-of-force pledge in seeking the restoration of territorial integrity, and commit only to peaceful reintegration.

Rebuild a Strategic Alliance with Germany

In all of the above initiatives—from growth and investment to strengthening NATO and expanding the zone of freedom—the most important partner for the United States is Germany. The period leading up to the outbreak of the coronavirus represented the sharpest downturn in U.S.-German relations in generations. Coming out of the pandemic, the United States and Germany need to put aside the frictions of the past few years and work together on this new strategic agenda. This can begin with President Donald Trump and Chancellor Angela Merkel holding a special bilateral summit meeting, and be re-invigorated again both after the U.S. presidential election and after Germany’s Bundestag election. The relationship with France is also critical, especially given France’s role in key international organizations.  Rebuilding a Trump-Macron relationship will also be important, alongside this effort to strengthen a U.S.-German strategic alliance.

With the UK on its way out of the European Union, it is essential that the United States ensure that the United Kingdom remains fully a part of the wider democratic, market-driven security community. The partnership with the United Kingdom should grow even stronger in the wake of the coronavirus pandemic. The world’s largest and fifth-largest economies have an important role to play in helping to kickstart the global economy and can do so by implementing a free trade agreement that is already being negotiated between London and Washington. In concert with the TIGRE Pact referenced above, the U.S.-UK relationship can contribute to a greater whole, bringing all of the transatlantic community—and potentially other allies—together.

While the coronavirus crisis has shown that institutions linking free nations need to be reinforced, it has also highlighted that many global institutions are ineffective or failing, often due to the influence of authoritarian states. The world’s free nations need to coordinate policies to drive reform of these institutions and insist that they live up to their responsibilities. Having Russia on the UN Human Rights Council, or China taking advantage of rules under the World Trade Organization, or the World Health Organization giving political and bureaucratic cover to China’s lack of cooperation in investigating, reporting and combating the coronavirus—all need to be reviewed and addressed.

There is no magic formula for building the post-coronavirus world. Many initiatives will run aground. But now is the time for free nations to think boldly and seek to overcome past barriers. If we do not, then others who do not share our values and interests surely will.