Benedict Anderson, Man Without a Country 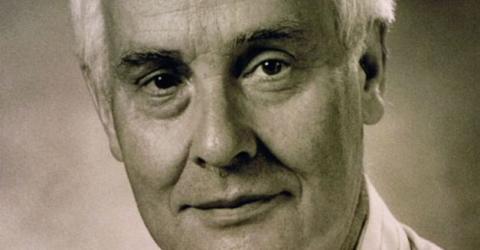 Benedict Anderson, who died yesterday at age 79 in Malang, Indonesia, is internationally famous for his 1983 book Imagined Communities, far and away the most influential study of nationalism. Unlike earlier scholars who took a negative view of the subject, Anderson saw nationalism as an integrative imaginative process that allows us to feel solidarity for strangers. “In an age when it is so common for progressive, cosmopolitan intellectuals (particularly in Europe?) to insist on the near-pathological character of nationalism, its roots in fear and hatred of the Other, and its affinities with racism, it is useful to remind ourselves that nations inspire love, and often profoundly self-sacrificing love,” Anderson wrote in Imagined Communities. “The cultural products of nationalism—poetry, prose fiction, music, plastic arts—show this love very clearly in thousands of different forms and styles.”

For a scholar of nationalism, it is surprisingly difficult to say what nation Benedict Anderson belonged to. Anderson was a peripatetic child of the British Empire. Born in 1936 in Kunming, China, where his Anglo-Irish father worked for Chinese Maritime Customs, an imperial consortium that collected taxes, the Andersons had to flee to California in 1941 when the Japanese Empire began to expand into the country. The family returned to Ireland in 1945, but occupied an ambiguous position in their ancestral land. One strand of the family had been Irish nationalists of long-standing, but as Anglo-Irish they existed as a privileged minority, enjoying prestige but often excluded from the nation’s core Catholic identity.

If the Andersons weren’t quite Irish, they weren’t completely English either. The family’s experience in China gave them appreciation for the underside of Empire. As Perry Anderson, Benedict’s younger brother and himself a distinguished historian, once noted, their father’s experience fighting corruption in the colonial management of China left a lasting mark on the children. In 1956, as an undergraduate at Cambridge, Benedict Anderson was radicalized by the protests over the Suez crisis, where he found himself taking sides with anti-imperialist students—many of them born, like him, in the formerly colonized world—against British nationalists who supported the Anglo-French attempt to seize the Suez Canal. Out of his Cambridge experience, Anderson started on the path to becoming a Marxist and an anti-colonialist scholar.

After Cambridge, Anderson attended Cornell for graduate school and immersed himself in the study of Indonesia. While Anderson spent much of his life in the United States, it wasn’t quite accurate to say that he became an American. In truth, if Anderson had a homeland, it was Indonesia, which he threw his whole heart and mind into not just studying, but also emotionally inhabiting.

Anderson’s linguistic fluency was almost superhuman. Perry Anderson could read all the major European languages but once ruefully declared his big brother was the true polyglot of the family: Benedict could read Dutch, German, Spanish, Russian, and French and was fully conversant in Indonesian, Javanese, Tagalog, and Thai; he claimed he often thought in Indonesian. (The ability to acquire languages ran in the family—Melanie Anderson, an anthropologist and the younger sister of Perry and Benedict, is fluent in Albanian, Greek, Serbo-Croatian).

An Indonesian friend of mine once marveled that Benedict Anderson was so at ease in Javanese that he could tell jokes in the language. The friend also favorably compared Anderson with another great expert on Indonesia, the anthropologist Clifford Geertz. “I always profit from reading Geertz but he simply deepens my understanding of Indonesia,” my friend said. “Anderson makes me see things about Indonesia that I never noticed. He knows Indonesia as well as any Indonesian.”

Between 1965 and 1966, Indonesia was engulfed in counter-revolutionary violence that led to the American-supported anti-Communist dictator Suharto taking power in 1967. Between 600,000 and one million Indonesians, most of them supporters of the nation’s largest communist party, were killed by the resulting purge. The Central Intelligence Agency, which actively participated in helping the Indonesian military choose targets, called it in a 1968 declassified study “one of the worst mass murders of the twentieth century.”

The violence of Suharto’s coup was a key turning point in Anderson’s life. It “felt like discovering that a loved one is a murderer,” he wrote. He threw himself into the cause of chronicling the true history of the coup and to countering the propaganda of the Suharto regime. While at Cornell in 1966, Anderson and his colleagues anonymously authored “The Cornell Paper,” a report which became a key document in debunking the official account of the coup, and which was circulated widely in Indonesian dissident circles. Anderson was also one of the only two foreign witnesses at the 1971 show trial of Sudisman, the general secretary of the Indonesian communist party, who was sentenced to death. Anderson would later translate and publish Sudisman’s testimony, another key text in Indonesian history.

In 1972, Anderson was expelled from Indonesia, becoming an exile from the nation he made his own. He would return to Indonesia only in 1998, after the overthrow of the Suharto regime. After a brief private visit to friends, Anderson had an emotionally charged public event sponsored by the leading Indonesian paper Tempo.

In a brilliant article in the magazine Lingua Franca, the journalist Scott Sherman described Anderson’s return to Indonesia: At a luxury hotel in downtown Jakarta, the sixty-two-year-old Anderson, wearing a light shirt and slacks to combat the stifling heat, faced a tense, expectant audience of three hundred generals, senior journalists, elderly professors, former students, and curiosity seekers. In fluent Indonesian, he lashed the political opposition for its timidity and historical amnesia—especially with regard to the massacres of 1965-1966.

During his return to Indonesia, Anderson was reunited with a young Chinese communist who had been on trial with Sudisman. Anderson had thought this young man had been killed with Sudisman. His miraculous survival was one sign that the Suharto regime hadn’t destroyed everything.

Anderson’s most famous work, Imagined Communities, emerged from the the crucible of Indonesian history. How do diverse nations like Indonesia, made up of many languages and ethnicities, hold together? Why do they sometimes fall apart? What keeps people in large nations from killing each other and why does national cohesion sometime fail? These weren’t abstract questions for Anderson, but were instead born out of lived immersion in Indonesian history.

While Imagined Communities is Anderson’s best-known work, everything he wrote is worth reading—there are few more thoughtful studies of transnational terrorism than his Under Three Flags: Anarchism and the Anti-Colonial Imagination (2005). As well-versed in novels and poetry as he was in scholarship, Anderson was an eloquent advocate for global culture, calling attention to the literatures of Indonesia and the Philippines. A world traveler, it is fitting that Benedict Anderson died in Indonesia, a country he could truly call home.