Being in Power Does Not Always Magnify Personality 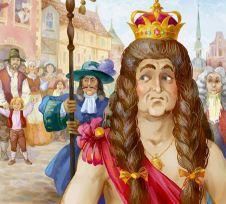 “If you want to test a man’s character, give him power,” said Abraham Lincoln. It’s a truism that power magnifies personality—but is it true? A new study says no. “Before, people thought that disposition is linked to will; it’s mainly internally driven,” says University College London psychologist Ana Guinote, who conducted the study with Mario Weick of the University of Kent and London doctoral student Alice Cai. “Our findings show that the environment crucially triggers dispositional or counter-dispositional behavior in powerful people.” The findings appear in Psychological Science, a journal of the Association for Psychological Science.

Research shows that dispositions— the tendency to act and think in particular ways –can be superseded by other responses, including those the person rarely does or thinks. But do the powerful, who are usually in control, stick to their dispositional guns? In three experiments, participants were given power roles—as a manager or employee, a consequential or trivial adviser on university policy—then put to tasks testing whether their habitual natures ruled.

In the first, participants were tested to tease out traits they consider important and those that are far from their consciousness. Participants with strong tendencies to see others as rude, honest, or sociable then played a word game. For half of them the game contained neutral words like paper and board; for the rest, the game’s words brought out “counter-dispositions”—characteristics they didn’t normally consider. Those words were also relevant to the subsequent task: judging people through descriptive sentences. For instance: “When Donald met his friend he told him he was quite smelly.” Was he honest or rude? The neutrally primed power-holders judged others more strongly in their typical ways. But when descriptions outside their usual thinking were brought to mind, the power-holders used those instead. The lower-powered people’s perceptions remained constant.

In another experiment, participants wrote down charities they liked. A week later they chose which they’d donate to, either on a blank screen or from a list. On a blank screen, power increased the likelihood of picking favored charities. When given the list, though, the powerful chose other organizations; those lacking power weren’t swayed. The third experiment involved people with selfish or cooperative dispositions distributing valuable tokens to themselves and others. In the neutral condition, the selfish power-holders hoarded the tokens; the sociable ones shared. When primed to act differently, this was no longer the case.

Explains Guinote: “Power-holders have to make quick decisions and respond to opportunities, so they often deploy automatic cognitive processes.” Power-holders more strongly express their characters, but they are also susceptible to manipulations of environmental cues—much more than less-powerful people, who act deliberatively and have less extreme but more consistent preferences.

The implications? “Organizational culture and social norms have an incredible power to influence power-holders.” But no Orwellian manipulation is needed. “It’s enough to have a culture around them or tasks to do that call for desirable behaviors.” Culture can bring out collaboration or authoritarianism, sociability or greed in the people who wield influence and power.

For more information about this study, please contact: Ana Guinote at a.guinote@ucl.ac.uk.