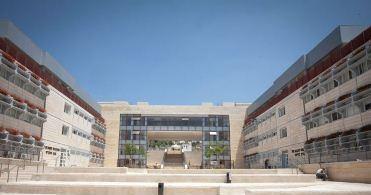 Israeli university heads petition High Court against recognition of Ariel University, claiming that the decision to make the institution a university is 'seriously flawed.'

The petition targets the Council for Higher Education in Judea and Samaria, the IDF Central Command commander, and the Israeli government, in particular the finance, education and defense ministers. The petition claims that the decision to make the Ariel institution a university, “is a seriously flawed decision, in its legality and reasonableness, and has substantive, significant flaws in terms of administrative law, including being tainted by conflict of interest, irrelevant considerations, being based on partial and erroneous data and other faults that go to the root of the matter, which requires its cancellation.”

The petition continues: “In the three major considerations that apply to recognizing a university, that is, the academic consideration, the planning consideration and the budgetary consideration, there were several serious flaws that go to the root of the matter, and each of them alone requires that this decision be revoked.”

The university heads argue that for several years, “a process was designed, with none of those considerations in mind, to recognize the Ariel University Center as a university, no matter what.”

The petition also argued that the Judea and Samaria education council, which has authority over a specific geographic area, doesn’t have the tools to weigh all the considerations that are relevant to the research and higher education system in the State of Israel.

“This decision significantly impacts on Israel’s entire higher education system, yet from that perspective it was made by the Council for Higher Education in Judea and Samaria in contravention of the position of the Planning and Budgeting Committee, and thus constitutes an exceeding of its authority.”

According to the petition, “the decision was a conflict of interest, since the Council for Higher Education in Judea and Samaria, headed by Prof. Amos Altshuler, approved a report by a ‘professional’ committee headed by the same Prof. Altshuler. This same Altshuler Committee set extremely unreasonable criteria for recognizing a university and did not compare data about the Ariel University Center to the data from any university, here or abroad, but only in reference to itself. This committee never collected data about the Ariel University Center but merely accepted the center’s own self-supplied data without ever verifying it.”

The decision to recognize the Ariel center, therefore, was made “by substantially deviating from any reasonable standard for evaluating academic systems, such that the examinations made were superficial and don’t even meet the accepted standard for quality control that the Council for Higher Education demands when it evaluates small academic units with a limited number of researchers. The recognition of the Ariel University Center as a ‘university’ was an arrow around which the target was painted, and even the ‘evaluations’ (which weren’t real evaluations) and reports (which weren’t real reports) were merely to fulfill one’s obligation.”

With regard to the decision by Finance Minister Yuval Steinitz to earmark tens of millions of shekels to the soon-to-be university, the petition states that at issue is “a deviation from authority (via a Planning and Budgeting Committee ‘bypass budget’).

“The finance minister’s commitment is illegal since the primary job of a finance minister is not to earmark budgets for specific projects, but to maintain the budget framework,” the petition said. “A ‘Planning and Budgeting Committee bypass budget’ constitutes the undermining of the basic principles of the higher education system’s independence and its disengagement from politics, making it illegal.”

MK Tzipi Hotovely (Likud), chair of the Knesset caucus to recognize Ariel as a university, said in response: “The petition by the universities removes the academic veil from the political arguments of the university heads. I believe that the High Court of Justice won’t lend a hand to undermining academic freedom and to an effort to use the courts to circumvent a decision made properly by the professional and political echelons.”

The decision to recognize the Ariel University Center as a university was made last month by the Council for Higher Education in Judea and Samaria by a vote of 11-2, with the support of Education Minister Gideon Sa’ar and Steinitz, who promised to allocate NIS 50 million to it in the coming years.

Before the decision was made, the presidents of Israel’s seven research universities sent a letter to Prime Minister Benjamin Netanyahu with the headline: “It’s forbidden to sacrifice the future of higher education in Israel,” which described the expected decision as “a political decision with a heavy price,” and asked Netanyahu to “stop the train speeding toward a disaster known in advance, that will severely harm and crush higher education in Israel.”

Prof. Manuel Trajtenberg, who chairs the Council of Higher Education’s Planning and Budgeting Committee, also intervened before the decision was made, saying the evaluation committee that had been appointed to examine the issue was illegitimate.

Local council heads in the Galilee and the Golan Heights also expressed anger at Sa’ar for advancing the interests of a university in Ariel rather than in the Galilee, despite a May 2005 government decision to set up two such institutions.

By Amos Harel and Talila Nesher