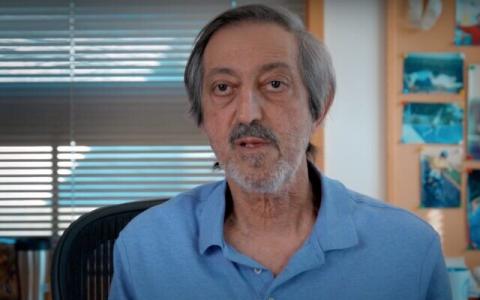 The Abel Prize, which honors achievements in mathematics, was awarded to Israeli Avi Wigderson and Hungarian Laszlo Lovasz for their contributions to computer security, the Norwegian Academy of Science said. The pair were honored “for their foundational contributions to theoretical computer science and discrete mathematics, and their leading role in shaping them into central fields of modern mathematics,” the jury said last week.

Avi Wigderson, 64, a researcher at Princeton’s Institute for Advanced Study, has widened and deepened the understanding of “complexity theory.” His research has led to advances in internet cryptography and serves as the basis for the technology powering crypto-currencies such as bitcoin.

In a short interview with the Abel Prize organization, Wigderson said: “I was very happy to hear it, I was somewhat surprised, and of course, I felt very honored.” Talking about his field of research, computational complexity theory, which he describes as revolutionizing technology and science, Wigderson said: “Algorithms and computation take place not just in computers or between computer systems but actually everywhere in nature, in atoms, in matter, friends in Facebook, prices in an economy bacteria in a cell, and neurons in the brain.”

“Understanding and developing theories for these major scientific questions require understanding the computations in these systems, the resources they take,” he said.

Lovasz, 73, who is affiliated with the Alfred-Renyi Institute of Mathematics and Eotvos Lorand University in Budapest, is credited with establishing a connection between discrete mathematics, such as the theory of networks, and computer science.

Together with Dutch brothers Arjen and Hendrik Lenstra, Lovasz developed the LLL algorithm, which has applications in areas such as number theory, cryptography and mobile computing. The algorithm serves as the basis for the only encryption systems “that can withstand an attack by a quantum computer,” the academy noted.

“Thanks to the leadership of these two, discrete mathematics and the relatively young field of theoretical computer science are now established as central areas of modern mathematics,” Hans Munthe-Kaas, chair of the Abel Committee, said in a statement.

Wigderson, born in Haifa in 1956, is the son of Holocaust survivors. He studied at the Technion Institute and then completed a graduate degree and his doctorate in Princeton University, New Jersey. He joined the faculty at Hebrew University in 1986 and then in 1999 also joined the Institute of Advanced Studies, a Jerusalem-based research organization that formerly included Albert Einstein in its faculty. Since 1999 he has also been a professor of mathematics at the Institute for Advanced Study, Princeton.

His computer science work won Wigderson the Nevanlinna Prize in 1994 and jointly, with two other researchers, the Gödel Prize in 2009, then the Knuth Prize in 2019. He was elected a member of the American Academy of Arts and Sciences in 2011 and has also been elected to other US research institutes.

Due to the COVID-19 pandemic it is not yet known when the prize — named after Norwegian mathematician Niels Henrik Abel — of 7.5 million Norwegian kroner ($882,000, 741,000 euros) will be formally awarded in a ceremony.

The Abel Prize was established by the government of Norway in 2001 “to give the mathematicians their own equivalent of a Nobel Prize.” Last year, Hebrew University of Jerusalem professor Hillel Furstenberg became the first Israeli to win the prize.