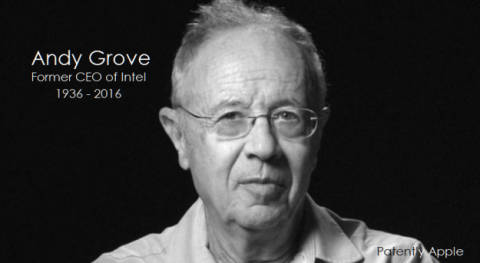 Silicon Valley is more a state of mind than a place. It is not a single valley — the hills around Palo Alto, Cupertino and Mountain View in northern California are not high enough to form one. Nor is its chief business now silicon, the base layer of semiconductors since the rise of companies such as Fairchild Semiconductor, Motorola, Texas Instruments and Intel. Silicon Valley’s relentless reinvention is evident in the fact that two of its best-known companies are Google (now Alphabet) and Facebook. Neither is in silicon. Google was founded only in 1998 and Facebook is even younger. It was created on the other side of the country, in a Harvard dormitory, by Mark Zuckerberg and friends in 2004.

One seminal moment in Silicon Valley history occurred in 1985, as Intel lingered in what Andy Grove — the first employee of its founders, Robert Noyce and Gordon Moore — used to call “the valley of death”. Grove, who later became Intel’s chief executive and chairman, and who died this week aged 79, meant a period when a company has been outsmarted.

“I looked out of the window at the Ferris wheel of the Great America amusement park revolving in the distance, then I turned back to Gordon [then the company’s chief executive] and I asked ‘If we got kicked out and the company brought in a new CEO, what do you think he would do?’” Grove wrote in Only the Paranoid Survive , his 1996 book about management. “Gordon answered without hesitation, ‘He would get us out of memories [memory chips, Intel’s founding business, which had become dominated by Japanese manufacturers].’ I stared at him, numb, then said, ‘Why shouldn’t you and I walk out the door, come back and do it ourselves?’”

The title Only the Paranoid Survive gives a good indication as to the lesson Grove wanted to impart. Along with David Packard’s The HP Way, about the formation and philosophy of Hewlett-Packard, it has the ingredients of Silicon Valley’s management formula. HP pioneered the informal, participatory structure of Silicon Valley companies, while Intel embodied their fierce, relentless competitiveness. Grove popularised the idea of the “strategic inflection point,” a time in the life of a business “when its fundamentals are about to change.” Never relax, never stop evolving, because just around the corner someone is coming for you.

Yahoo, a founding company of the internet era, is now in the valley of death. Marissa Mayer, the chief executive brought in from Google to try to salvage it from a strategic mess, has not succeeded. Starboard, an activist hedge fund, called this week for its entire board of directors to be fired.

Facebook, conversely, is doing extremely well — it has 1.6bn monthly active users around the world, and its strength in online and mobile advertising brought in revenues of nearly $18bn last year. It occupies a position in social networking akin to Intel’s in microprocessors during the 1990s: clear domination. Facebook’s debt to HP is visible at its campus headquarters in Palo Alto on the outskirts of Stanford University. There is a Walt Disney-like boardwalk by its main building along which employees stroll in the sunshine, pick up ice cream and food from carts, then cycle to its building, designed by Frank Gehry, architect of the Guggenheim museum in Bilbao.

But Mr Zuckerberg has also learnt from Grove. The Facebook founder was photographed last week beaming as he took a jog in Tiananmen Square and the Forbidden City in Beijing, without the face mask needed to block the city’s hazardous air pollution. Later he met Liu Yunshan, China’s propaganda chief. His intention was clear: Facebook has many users but China has nearly 1.4bn citizens who cannot yet join because it is blocked. China also has a globally ambitious industry led by companies such as Alibaba, much like the Japanese companies that rose against Intel in the 1980s. Mr Zuckerberg will endure a lot — including learning Mandarin — to counter the threat.

It was very painful when Mr Moore and Grove changed course, pivoting to focus on microprocessors, then a smaller business for Intel than memory chips. “Intel equalled memories in all of our minds. How could we give up our identity?” Grove wrote. But he imposed a revolution, closing seven factories in a company-saving coup.

Grove’s determination to confront reality rather than to indulge in sentiment may have been instilled by being an immigrant. He was born Andras Grof to Hungarian Jewish parents, changing his name when he fled to the US as the 1956 uprising was put down by the Soviet Union. Grove was not the only demanding Silicon Valley boss — Steve Jobs at Apple and Larry Ellison, chairman of Oracle, could be just as tough, and both founded their companies. But he was fiercely devoted to Intel’s success.

The lesson for Silicon Valley, and other industries facing change, is to recall Grove’s ruthlessness. Those who forget will not last long.