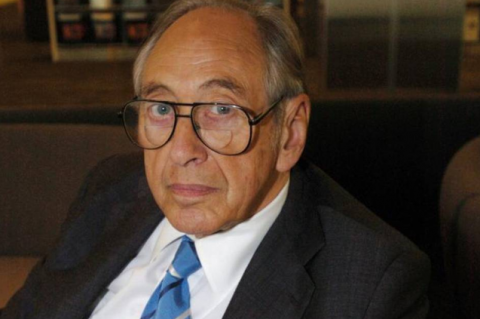 Alvin Toffler, the celebrated author of “Future Shock”, the first in a trilogy of best-selling books that presciently forecast how people and institutions of the late 20th century would contend with the immense strains and soaring opportunities of accelerating change, died on Monday at his home in Los Angeles. He was 87. His death was confirmed by his consulting firm, Toffler Associates, based in Reston, Va.

Mr. Toffler was a self-trained social science scholar and successful freelance magazine writer in the mid-1960s when he decided to spend five years studying the underlying causes of a cultural upheaval that he saw overtaking the United States and other developed countries. The fruit of his research, “Future Shock” (1970), sold millions of copies and was translated into dozens of languages, catapulting Mr. Toffler to international fame. It is still in print.

In the book, in which he synthesized disparate facts from every corner of the globe, he concluded that the convergence of science, capital and communications was producing such swift change that it was creating an entirely new kind of society.

His predictions about the consequences to culture, the family, government and the economy were remarkably accurate. He foresaw the development of cloning, the popularity and influence of personal computers and the invention of the internet, cable television and telecommuting.

“The roaring current of change,” he said, was producing visible and measurable effects in individuals that fractured marriages, overwhelmed families and caused “confusional breakdowns” manifested in rising crime, drug use and social alienation. He saw these phenomena as very human psychological responses to disorientation and proposed that they were challenging the very structures of communities, institutions and nations. He continued these themes in two successful follow-up books, “The Third Wave” (1980) and “Powershift” (1990), assisted by his wife, Heidi Toffler, who served as a researcher and editor for the trilogy and was a named co-author in subsequent books. She survives him.

Mr. Toffler popularized the phrase “information overload.” His warnings could be bleak, cautioning that people and institutions that failed to keep pace with change would face ruin. But he was generally optimistic. He was among the first authors to recognize that knowledge, not labor and raw materials, would become the most important economic resource of advanced societies.

Critics were not sure what to make of Mr. Toffler’s literary style or scholarship. Richard R. Lingeman wrote in The New York Times that Mr. Toffler “sends flocks of facts and speculation whirling past like birds in a tornado.” In Time magazine, the reviewer R. Z. Sheppard wrote, “Toffler’s redundant delivery and overheated prose turned kernels of truth into puffed generalities.”

Mr. Toffler’s work nevertheless found an eager readership among the general public, on college campuses, in corporate suites and in national governments. Newt Gingrich, the former Republican speaker of the House, met the Tofflers in the 1970s and became close to them. He said “The Third Wave” had immensely influenced his own thinking and was “one of the great seminal works of our time.” Prime Minister Zhao Ziyang of China convened conferences to discuss “The Third Wave” in the early 1980s, and in 1985 the book was the No. 2 best seller in China. Only the speeches of the Chinese leader Deng Xiaoping sold more copies.

Mr. Toffler was born in New York on Oct. 4, 1928, and raised in Brooklyn, the only son and elder of two children of Sam and Rose Toffler, immigrants from Poland. His father was a furrier. Alvin began to write poetry and stories soon after learning to read and aspired to be a writer from the time he was 7 years old, he told interviewers. His inspiration, he said, came from an uncle and aunt — Phil Album, an editor, and Ruth Album, a poet — who lived with the Tofflers. “They were Depression-era literary intellectuals,” Mr. Toffler said in an interview for this obituary in 2006, “and they always talked about exciting ideas.”

Mr. Toffler enrolled in New York University in 1946 and, by his account, spent the next four years only mildly interested in his academic work. He was far more engaged in political activism. In the fall of 1948, during a brief trip home from helping to register black voters in North Carolina, he met Adelaide Elizabeth Farrell, known as Heidi. “I went to Washington Square,” he said, “and as I walked across the park, I saw a girl in one of my classes. And next to her was a gorgeous blonde. We have been inseparable since.”

Where Mr. Toffler was voluble and visionary, Ms. Toffler was cleareyed and direct. Early in 1950, before they were married, she persuaded him to finish his course work at N.Y.U. and graduate with a degree in English. “I barely made it,” he recalled. “I paid no attention to credits. In my youthful view I thought, ‘Who needs ceremony?’ Heidi is far more practical.”

Both shared expansive intellects and the passion to make their lives matter. Like the writers he most admired, Mr. Toffler wanted experiences to report on. “Steinbeck went to pick grapes,” he said. “Jack London sailed ships.” The couple decided to move to Cleveland, then at the very center of industrial America. They were married there on April 29, 1950, by a justice of the peace whom Mr. Toffler described as a “roaring drunk.” They lived on the city’s west side and took production jobs in separate factories.

Mr. Toffler learned to weld and repair machinery and came to understand in the most personal way the toll that physical labor can have on industrial workers. He broke a vertebra when a steel beam he was helping to unload twisted unexpectedly and fell on him. At night, Mr. Toffler wrote poetry and fiction and discovered he was proficient in neither. But he still aspired to be a writer. In 1954, soon after the birth of the couple’s only child, Karen, he persuaded the editor of Industry and Welding, a national trade magazine published in Cleveland, to hire him as a reporter. Mr. Toffler recalled: “The editor told me, ‘You’re getting this job because you know how to weld. Now, show me you know how to write.’”

Mr. Toffler soon landed a job as a reporter for Labor’s Daily, a national trade newspaper published in Charleston, W.Va., by the International Typographical Union. It sent him to Washington to cover labor news there in 1957. Two years later, he sent Fortune magazine a proposal to write an article about the economics of the growing mainstream interest in the arts. Fortune rejected the idea but invited Mr. Toffler to New York for an interview and hired him as its labor editor and columnist.

He left Fortune in 1962 and, with his wife as editor and adviser, began a freelance-writing career covering politics, technology and social science for scholarly journals and writing long interviews for Playboy magazine. His 1964 Playboy interview with the Russian novelist Vladimir Nabokov was considered one of the magazine’s best.

Besides his wife, Mr. Toffler is survived by a sister, Caroline Sitter. The Tofflers’ daughter died in 2000. Mr. Toffler published 13 books and won numerous honors, including a career achievement award in 2005 from the American Society of Journalists and Authors. He and his wife formed Toffler Associates, a global forecasting and consulting company, originally based in Manchester, Mass., in 1996.

In recent years, benefiting from hindsight, some critics said Mr. Toffler had gotten much wrong. Shel Israel, an author and commentator who writes about social media for Forbes, took issue with Mr. Toffler in 2012 for painting “a picture of people who were isolated and depressed, cut off from human intimacy by a relentless fire hose of messages and data barraging us.”

But, he added: “We are not isolated by it. And when the information overloads us, most people are still wise enough to use the power of the ‘Off’ button to gain some peace.”

In writing “Future Shock” 46 years ago, Mr. Toffler acknowledged that the future he saw coming might ultimately differ in the details from what actually came to pass. “No serious futurist deals in ‘predictions,’” he wrote in the book’s introduction. “These are left for television oracles and newspaper astrologers.” He advised readers to “concern themselves more and more with general theme, rather than detail.” That theme, he emphasized, was that “the rate of change has implications quite apart from, and sometimes more important than, the directions of change.”

He added, “We who explore the future are like those ancient mapmakers, and it is in this spirit that the concept of future shock and the theory of the adaptive range are presented here — not as final word, but as a first approximation of the new realities, filled with danger and promise, created by the accelerative thrust.”