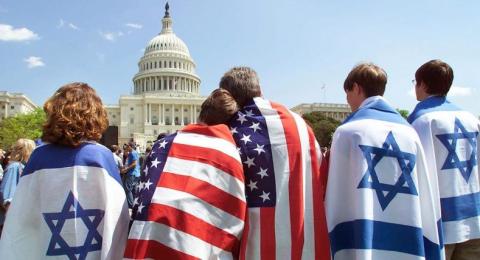 “In our democratic societies we should welcome legitimate debate on how best to honor our values and to advance our priorities without questioning loyalty or patriotism,” Pelosi told the crowd of more than 18,000.

She cited a House resolution that Democratic leaders shepherded several weeks ago to condemn anti-Semitism and all forms of bigotry in response to the firestorm sparked by Omar’s comments.  The motion was criticized by Republicans, who called it a “watered down” version that did not call out Omar directly and that steered away from a narrow focus on anti-Semitism.

Pelosi on Tuesday attempted to challenge that notion by reading directly from the resolution’s passage that castigated anti-Semitic invective. “This month the whole house came together to condemn the anti-Semitic myth of dual loyalty and all forms of bigotry with a resolution that ‘rejects the perpetuation of anti-Semitic stereotypes in the United States and around the world, including the pernicious myth of dual loyalty and foreign allegiance, especially in the context of support for the United States-Israel alliance,'” she said.

Elsewhere in her speech, Pelosi insisted that there was still support for Israel on both sides of the aisle. On Monday, US Vice President Mike Pence told the same crowd precisely the opposite, claiming the Democratic Party had been “co-opted” by anti-Semites. “Support for Israel remains ironclad and bipartisan… relentlessly bipartisan,” Pelosi said.  “We will never allow anyone to make Israel a wedge issue.”

The California representative did not mention Pence or US President Donald Trump — who recently called Democrats “anti-Israel” and “anti-Jewish” — in her speech. She listed all the pro-Israel Jewish Democrats who have leadership positions in the House, including Judiciary Committee Chair Jerrold Nadler, Intelligence Committee Chair Adam Schiff, and Appropriations Committee Chair Nita Lowey.

“Assistance to Israel is vital and it’s not going anywhere,” Pelosi said, “because if you care about America’s security, you must care about Israel’s security.”