8 Israeli universities among top 30 with alumni hired by Google 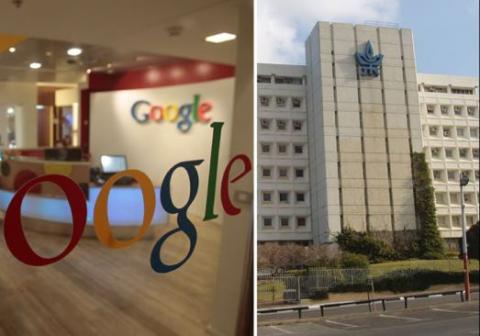 By harnessing the power of social networking, potential students, employers and the general public can conveniently view the prowess of Israeli universities according to alumni data. According to a report by newsite Business Insider last week, Tel Aviv University ranked among the top 20 institutions of higher education with alumni employed at Google. The report, citing a search conducted using LinkedIn's University Finder function, placed Tel Aviv Univeristy at spot 20, with 288 graduates listed as employees of the global Internet superpower.

Topping the list was Stanford University, with 2,275 alumni employees of the Internet search giant. Trailing closely as second on the ranking was another Bay Area institution - University of California Berkeley, with 2,039 alumni.

According to purported alumni data, Pittsburgh's Carnegie Mellon University placed third on the search with 1,182 former students employed by Google.

Tel Aviv University was one of only three universities outside the United State present on Business Insider's top 20 list, and the only one in the Middle East or Asia.

The Jerusalem Post searched an expanded version of the list on Monday, which featured eight Israeli universities and colleges among the top 30 schools with alumni working for Google.

Google, which currently staffs more than 57,000 employees around the globe, first opened its offices in Israel in 2006.

However, Prof. David Mendelovich - Vice Dean of Engineering and Head of Tel Aviv University Entrepreneurship Center - said the numbers found on the LinkedIn search seem to reflect reality. "As a general perspective, there is definitely a strong indication," he said of the search's veracity, adding that "a lot of alumni are engaged in the hi-tech sphere and global companies, such as Google." Mendelovich noted the university's resources for innovation, industry and technology available to students, and lauded the university's high placement among such listings.