The 500-Page Proof That Only One Mathematician Can Understand 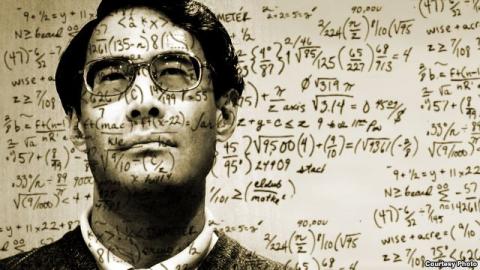 Shinichi Mochizuki, a mathematician at Kyoto University, has a peculiar problem. In 2012, he published a paper claiming to have proved the ABC conjecture, a simple-looking statement about whole numbers of the form a + b = c. Mochizuki is really, very sure of the correctness of his proof, but, so far, no one has bother​ed to verify it.

So, the question is, if a mathematical conjecture is proved in a forest, does it make a sound?

The answer is that it does, and recently those sounds have been coming from Mochizuki, who published a progres​s report in December following up on his original paper and attempts to verify it. The problem, he explains, is really a fundamental paradox. To verify the proof is to understand “IUTeich” theory, which no one really does. And why should they bother if it isn’t proved?

The requirements of one who might be able to verify his proof, according to Mochizuki, is a mathematician that has both a deep understanding and a background in mathematical research covering the various ideas supporting it, which all seem to be fairly anxiety-inducing concepts involving bizarro abstract geometries and topologies. Spaces that can’t exist.

If a mathematical conjecture is proved in a forest, does it make a sound?

Anyhow, the problem: “For better or worse, no such researcher exists (other than myself) at the present time,” Mochizuki writes (his emphasis). The paradox is that usually the mathematicians that do proof verifications only engage with the topic at hand in “nibbles.” And, for more reasonable topics, nibbling is enough to determine if something is or isn’t correct. This is not the case here, however, and whoever verifies this proof will need to be already deep in it. Alas.

“With the exception of the handful of researchers already involved in the verification activities concerning IUTeich discussed in the present report,” Mochizuki continues, “every researcher in arithmetic geometry throughout the world is a complete novice with respect to the mathematics surrounding IUTeich, and hence, in particular, is simply not qualified to issue a definitive (i.e., mathematically meaningful) judgment concerning the validity of IUTeich on the basis of a ‘deep understanding’ arising from his/her previous research achievements.”

Harsh words, but Mochizuki isn’t afraid to dig in deeper. As a way forward (toward verification) he explains that really the only way is for some number of mathematicians to learn the underlying theory, a task he estimates to require more than 10 years of causal learning (“nibbling”) and at least six months of careful systematic study. One by one, and over many years, he thinks he could teach a set of mathematicians to the point of deep understanding.

“Unfortunately, however, there appear to exist, especially among researchers outside Japan,” Mochizuki writes, “quite strongly negative opinions and antagonistic reactions to the idea of ‘studying the theory carefully and systematically from the beginning.’”

IUTeich is, moreover, not a topic that requires just learning, he continues. To understand the theory is to unlearn. A mathematician must “deactivate the thought patterns” instilled by mainstream maths. Truly, they must become one with IUTeich, no matter how unabashedly esoteric and non-extensible it may be. The only alternative is not understanding and, for a mathematician, not understanding is even worse than being wrong.​

Mochizuki’s progress report is a lament for something deeper, which is put in no uncertain (or diplomatic) terms. How the mathematical community responds to his proof is a microcosm for the role of pure mathematics in society. If some math can’t be applied to the world—whether used by engineers to build things or by scientists to describe and understand things—does it have value? Is it ever worth the systematic, careful toil required to understand it?

Systematic, careful toil is a risk. Mochizuki has made his very own mathematical world, an alternate mathematical reality with a very high price of admission. It’s like getting 50 pages into Thomas Pynchon’s V. and wondering, worrying, Is this going to pay off? Only here the willing mathematician would join a club of understanders limited to pretty much just Mochizuki and a trio of disciples. This is to say, what could someone possibly gain by spending years attempting to understand the entire esoteric idea-realm of someone else?

The mathematician and blogger Cathy “Mathbabe” O’Neil, as quoted in a great essay by Caroline Chen called “The Paradox of the Proof,” is not interested in Mochizuki’s supergenius fucking around. “You don’t get to say you’ve proved something if you haven’t explained it. A proof is a social construct. If the community doesn’t understand it, you haven’t done your job.”​

Of course, the inscrutableness of the solution doesn’t erase the fact that the problem, the task we started with, is one of the deepest outstanding questions in math. It’s a way to move math outward. There’s nothing esoteric about that: questing for still deeper truths.

“To prove abc, one needs to understand something new and deeper than what is known to experts,” Peter Woit, the mathematical physicist and author of string theory takedown Not Even Wrong, told me. “Given a plausible claim of a proof, an expert in this area is going to be willing to put a lot of time in, because it should lead to greater understanding—and this may allow them to solve problems other than abc that they have struggled with.”

“What has happened here though is that experts who have put time into this have given up, not finding anything really useful,” Woit said. “Mochizuki is telling them, ‘You just haven't put enough time in, you need to start at the beginning, and follow a completely different way of thinking.’” We’re left then at a standstill, with the hope being that Go Yamashita, a mathematician who’s been working with Mochizuki since 2012, will produce a more reasonable, digestible survey of IUTeich theory and, thus, the proof itself. That’s not an assured outcome.

“I don't think anyone is sure which way this will go,” Woit said.

So ... the problem. 500 inscrutable pages describing the transformation of the entire algebraic universe to another, for what? This is the punchline: a simple, elegant question.

Take three (whole) numbers—a, b, and c—of the form a + b = c. These three numbers are what’s known as coprime. This just means that they don’t share any divisors (except for 1, but every number is divisible by 1). If one of the numbers is divisible by, say, 13, none of the others are divisible by 13. It’s an interesting relationship, like three people with no shared ancestors all the way back to the very first human/number (which is 1).

What we need to prove is that for some other, fourth number d, there will be a finite (countable) number of abc triplet sets (as, bs, and cs fitting the above equation) such that c is greater than d raised to some positive power that is not 1 (a “perfect power”). Finally, this extra number d isn’t just anything; it must be the product of the prime factors of a, b, and c. That’s it. Somehow, these three numbers that aren’t linked by common factors (coprime) are, after all, linked by their factors. It’s weird.

“The beauty of such a Conjecture is that it captures the intuitive sense that triples of numbers which satisfy a linear relation, and which are divisible by high perfect powers, are rare,” the Harvard mathematician Barry Mazur wr​ote in New Directions in Mathematics. “The precision of the Conjecture goads one to investigate this rarity quantitatively.”

In a blog​ post, Cathy O’Neil puts it in no uncertain terms: The ABC conjecture is still an unsolved problem. Mochizuki has taken but a step forward, and perhaps proving his work should count just as much as that work itself. Until then, the proof will continue to exist in a “tiny Mochizuki universe with one inhabitant,” she writes.

“Come to think of it,” O’Neil adds, “whoever ends up interpreting this to the world will be responsible for the actual proof and should be given credit along with Mochizuki. It’s only fair, and it’s also the only thing that I can imagine would incentivize someone to do such a colossal task.”