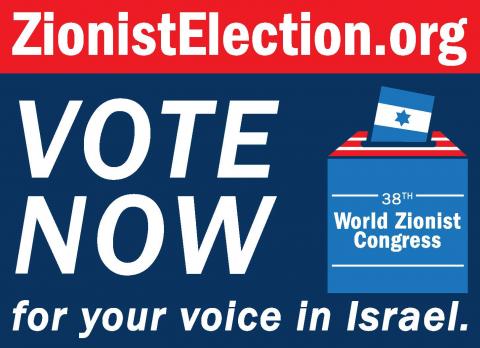 Seven hundred twenty delegates and observers from over 30 countries will participate in the 38th World Zionist Congress that convenes for three days, on October 20-22. The sessions will take place in the afternoons, synchronized with time zones in Israel, North America, Latin America, Europe, Australia, and South Africa.

During the Congress, whose theme is ‘Mutual Responsibility and Aliyah to Israel,’ elections will take place for the leadership positions of the National Institutions – the World Zionist Organization, Keren Kayemet Le’ Israel (Jewish National Fund-JNF), and Keren Hayesod. Current issues on the world Jewish agenda will be deliberated, including the effects of the coronavirus pandemic on Jewish communities worldwide; preparation for a wave of immigration to Israel as a result of this worldwide crisis; battling growing antisemitism, settlement development in Israel, and more.

Due to the coronavirus pandemic and the cessation of air travel, the executive of The World Zionist Organization decided to convene online. The World Zionist Congress (WZC) has taken place since 1897 and has never been canceled except on two occasions during both world wars. Despite the limitations caused by the coronavirus, modern technology allows for the WZC to convene online. All the participants will be connected online through their own digital devices directly to the deliberations, lectures, panels, and voting at the Congress that will be broadcast live worldwide through an innovative online platform of the Jerusalem International Convention Center (Binyanei Ha’uma).

Delegates and observers will be able to communicate directly with each other using this platform.The WZC is a public event of representatives of Jewish Zionists worldwide. The WZC is the supreme legislative body of The World Zionist Organization, and is a type of worldwide Jewish "legislature."

Delegates to the WZC deliberate current events relating to the Zionist agenda, set the budget and constitution of The World Zionist Organization (WZO), and elect officials to the movement’s institutions, such as the Zionist Executive and the Zionist General Council that oversees the operations of the Zionist movement.