2019 is a record year for Israel’s high-tech industry 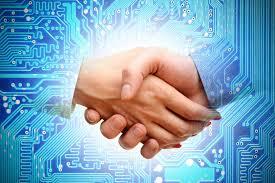 This year, 2019, was an “outstanding year” for Israel’s tech industry, with the number of exits — mergers and acquisitions or initial public offerings of shares — totaling $9.9 billion, a 102% jump compared to 2018, when the figure was $4.9 billion, according to a new report by consultants PwC Israel.

Summing up the data from the past decade, the report said, there were 587 exit deals, for a total value of over $70 billion. When taking into account follow-on transactions — like Mobileye, Orbotech and others which had an initial public offering of shares and later were acquired, the last decade provided “a whopping $107.8 billion in deals,” PwC said in a statement.

The most prominent sectors for exits during the decade were semiconductor firms, computing, software startups and life science companies, accounting for 30.5%, 28.5% and 16.7% of deals, respectively. The exit of the decade was Intel Corp.’s acquisition of Mobileye, a maker of self-driving technologies in 2017 for a whopping $15.3 billion.

Nvidia’s proposed acquisition of Mellanox Technologies Ltd. (the deal is still awaiting regulatory approvals) earlier this year made it the biggest deal for 2019, and the second biggest tech deal in Israel on record, after Mobileye. That, plus Habana Labs, acquired by Intel Corp. for $2 billion and Click, acquired by Salesforce for $1.35 billion, were the three biggest deals of 2019.

“Household names, including giants like Google, Samsung, Amazon and Palo-Alto, continued to shop for hot opportunities in the Startup Nation” during 2019, said Yaron Weizenbluth, Hi-tech Partner at PwC Israel, commenting on the figures. “The big tech firms were joined by buyers from diverse verticals, such as McDonald’s, SolarWinds, Vimeo, Stryker and many others, which were also on the lookout for deep and complementary technologies.”

The computing and software sector continued to lead the exits in 2019, with total value of deals reaching $4.5 billion, an increase of 92% compared to 2018. Other sectors that showed “significant growth” were the internet sector, following the IPO of Fiverr International Ltd. in June, and the semiconductor sector, following the sale of Habana Labs to Intel Corp. earlier this month.

The Life Sciences sector was third in size for exits this year: total deal value of life science deals reached $1.69 billion in 2019, though this level was stagnant compared to 2018. “As the year is drawing to a close, it is fair to say that 2019 was outstanding for Israeli tech in terms of both deal numbers and value. In many respects, 2019 was an impressive feat and, by any measure, a fitting conclusion to a very successful decade,” said Weizenbluth.

The IPO market also rebounded in 2019, “after several relatively dry years, with three exceptionally strong IPOs on Nasdaq,” he said. These were the share sale of cybersecurity firm Tufin, the online marketplace Fiverr and medical equipment maker Inmode. The year was also marked by a strong presence of $1 billion deals.

“In recent years, we have become quite accustomed to having at least one 10-digit deal in the local market. And indeed, not less than five such deals were reported in 2019.” Not all of these firms were included in this latest data, as some of the companies had already been acquired or went public in the past, and follow-on transactions, or secondary exits, are not included in the figures. “As we enter a new decade, it does not feel like the boom is about to end,” said Weizenbluth. “The 2020s are starting with a more supportive ecosystem for entrepreneurs that is stronger than ever. Add to that the evolution of Israeli entrepreneurs into players who are well versed in the global game and are confident in their ability to run long distances.”