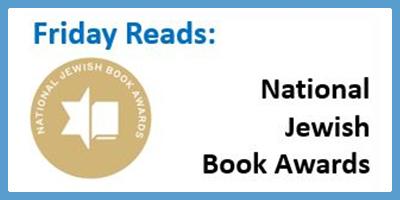 The Jewish Book Council just announced the 2019 National Jewish Book Awards Winners.The winner of the Jewish Book of the Year award is America's Jewish Women: A History from Colonial Times to Today by Pamela S. Nadell.

Among the selected winners, two works focused on antisemitism. Deborah Lipstadt won the Award in Education and Jewish Identity for her book Antisemtisim: Here and Now, and Bari Weiss won her first National Jewish Book Award for Contemporary Jewish Life and Practice, for How to Fight Antisemitism.

With the rise of antisemitism around the world, such works are more important than ever.Among the fiction authors to be honored will be Israel’s Edgar Keret, the son of Polish-born Holocaust survivors, for his book Fly Already: Stories. On a different note, Israeli cuisine is expanding worldwide and, it is without any surprise that the Jewish Book Council selected two Israelis cookbooks to be finalists for the inaugural Food Writing and Cookbooks award: Shuk: From Market to Table, the Heart of Israeli Home Cooking by Einat Admony and Janna Gur and Sababa: Fresh, Sunny Flavors From My Israeli Kitchen by Adeena Sussman.

The 2019 winners will be honored on March 17, 2020, at a ceremony scheduled to be held at the Bohemian National Hall in Manhattan, New York.The Jewish Book Council is a nonprofit organization that has been supporting and celebrating Jewish literature since 1944. The National Book Awards were established in 1950 to recognize outstanding Jewish literature and are North America’s longest-running awards program in the field of Jewish literature.