$10 million for Holocaust education in USA 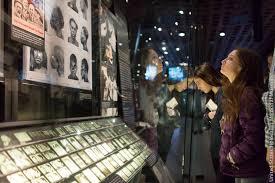 President Trump is set to sign a bill on Thursday providing millions of dollars in grants for Holocaust education, Jewish Insider reported. The bill, called the Never Again Education Act, was passed by the House of Representatives in January and by the Senate earlier this month. It will provide $10 million over five years in grants for middle and high schools to incorporate lessons about the Holocaust into their curricula.

Holocaust education is currently mandatory in 12 states, according to the United States Holocaust Memorial Museum. Some of the country’s largest states, including California, Illinois and New York, have required public schools to teach about the Holocaust for at least 25 years.

According to Jewish Insider, several Jewish leaders are expected to attend the signing ceremony, which will take place with pandemic-related spacing requirements.

One of the bill’s Senate sponsors, Jacky Rosen of Nevada, said in a webcast sponsored by the Jewish Democratic Council of America that the bill is a “first step in centralizing a good quality and authentic curriculum to teach the Holocaust to future generations.”

Despite this, surveys have repeatedly shown that much of the American public is not knowledgeable about some of the basic historical facts of the Holocaust. A Pew survey in January found that two-thirds of Americans knew that the term “Holocaust” referred to the annihilation of Jews, but less than half knew that the number of Jews killed was approximately six million.