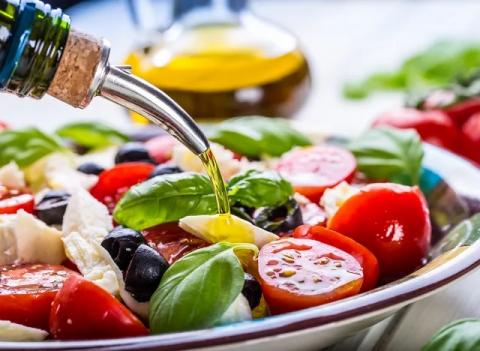 It's no secret that more and more people in the United States are developing serious illnesses like heart disease and cancer every year. And while daily diet isn't the only part of this equation, it's a major component in why so many Americans are hurting.

Meanwhile, in some other parts of the world, people are getting sick at much smaller rates. In fact, the Blue Zones, which are five regions of the world with the highest concentrations of centenarians, are continually being researched for this very reason.

Researchers have looked into the daily habits and practices of these regions to learn how other parts of the world can apply these principles to their own lives in order to hopefully increase their lifespan and quality of life. One of the best diet secrets they've learned from these longest-living people in the world is that eating a largely plant-based diet, which is what the Blue Zone researchers refer to as "the Plant Slant," can help your overall health significantly.

The Plant-Slant is a term used to describe how all five regions of the Blue Zones eat on a daily basis. These areas of the world feast mostly on whole grains, legumes, vegetables, and fruit, and on occasion, meat and fish.

Learn more about this characteristic of Blue Zone eating, and for more healthy aging tips, check out 6 Breakfasts Enjoyed by the Longest Living People in the World.

According to Blue Zone researchers, the Plant Slant guideline is about eating a diet that is about 95% full of plants or plant-based products. All of the Blue Zones (except the Adventist community of Loma Linda) eat meat for special occasions or celebratory events, and according to the American Journal of Lifestyle Medicine, the meat portions are much smaller than what is typically served—around 3 to 4 ounces per serving.

Americans are often taught that animal products are needed protein. However, the main sources of protein for the world's longest-living people include legumes, grains, vegetables, and soy products. For example, in Nicoya, this looks like daily servings of black beans. In Ikaria, it's chickpeas and black-eyed peas. And in Okinawa, it's tofu and sweet potatoes.

Blue Zone researchers also emphasize the importance of choosing the right oil and fat for cooking. Olive oil and other plant-based oils are popular among the Blue Zone regions, which is why researchers suggest avoiding animal fats when possible.