Advances in Artificial Intelligence: Are you sure, we are on the right track? 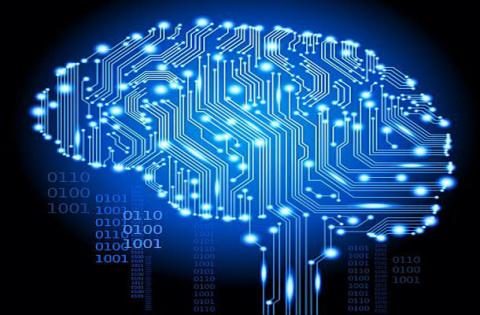 Over the past decade, AI has made a remarkable progress. It is agreed that this is due to the recently revived Deep Learning technology. Deep Learning enables to process large amounts of data using simplified neuron networks that simulate the way in which the brain works. However, there is a different point of view, which posits that the brain is processing information, not data. This unresolved duality hampered AI progress for years. In this paper, I propose a notion of Integrated information that hopefully will resolve the problem. It considers integrated information as a coupling between two separate entities – physical information (that implies data processing) and semantic information (that provides physical information interpretation). In this regard, intelligence becomes a product of information processing. Extending further this line of thinking, it can be said that information processing does not require more a human brain for its implementation. Indeed, bacteria and amoebas exhibit intelligent behavior without any sign of a brain. That dramatically removes the need for AI systems to emulate the human brain complexity! The paper tries to explore this shift in AI systems design philosophy.

For the most of my life, I have earned my living as a computer vision professional busy with Remote sensing and Homeland security projects. The main goal of these endeavors was to understand what is going on in the observable field of view. That is, to reveal the information content of an acquired image. How to do this? – Nobody did not knew then. Nobody knows today. The common practice is to perform low-level image processing hoping in some way or another to reach high-level decisions concerned with image objects detection and recognition.

I tried to approach the problem differently. It took me a long time to do this, but at the year 2005, I have published my first definition of information. I will try to share with you my view on the subject, but for the sake of time and space saving I will provide here only a short excerpt from my once published (and mostly unknown) papers. Interested readers are invited to visit my website (http://www.vidia-mant.info ), where more of such papers can be found and used for further elaboration of the topics relevant to this discourse.

For the purposes of our discussion, digital image is a proper embodiment of what can be seen as a data set. It is a two-dimensional array of a finite number of elements, each of which has a particular location and value. These elements are regarded to as picture elements (also known as pels or pixels). It is taken for granted that an image is not a random collection of these picture elements, but, as a rule, the pixels are naturally grouped into specific assemblies called pixel clusters or structures. Pixels are grouped in these clusters due to the similarity in their physical properties (e.g., pixels’ luminosity, color, brightness and as such). For that reason, I have proposed to call these structures primary or physical data structures.

As it was already said, Description of structures observable in a data set should be called “Information”. Following the explained above subdivision of the structures discernible in a given image (in a given data set), two types of information must be distinguished – Physical Information and Semantic Information. They are both language-based descriptions; however, physical information can be described with a variety of languages (recall that mathematics is also a language), while semantic information can be described only by using human natural language.

I will drop the explanation how physical and semantic information are interrelated and interact among them. Although that is a very important topic, interested readers would have to go to the website and find there the relevant papers, which explain the topic in more details. Here, I will continue with an overview of the primary points that will facilitate our understanding of the issue.

On neither of these steps, data or data processing are not considered as a part or a basis of an ongoing process. Indeed, data features are meaningless in our world perception (and judgment). We understand the meaning of a written word irrelevant to letters’ font size or style. We recognize equally well a portrait of a known person on a huge size advertising billboard, on a magazine front page, or on a postage stamp – perceptive information is dimensionless. We grasp the meaning of a scene irrelevant to its illumination. We look on the old black-and-white photos and we do not perceive the lack of colors.

The same is true for voice perception and spoken utterance understanding – we understand what is being said irrelevantly to who is speaking (a man, women, or a child). Irrelevant to the volume levels of the speech (loudly or as a whisper). Blind people read Brail-style writings irrelevant to the size of the touch-code.

Semantic information processing has nothing to do with raw data and its features – raw data features were dissolved in physical information (which is later processed in the semantic information hierarchy). Despite all of this, the new wave of AI innovations relies totally on data processing. The MIT Technology Review, speaking about breakthroughs in AI in the year 2014, enumerates prevailing Deep Learning based developments (which are all data-processing ventures) and then describes the latest IBM’s feat – “IBM Chip Processes Data Similar to the Way Your Brain Does”! (Really? Ask Google: “brain is an information processing” – 39900 hits, compare this with: “brain is a data processing” – 6 hit!).

As it follows from the preceding discussion, semantics is not a property of the data. Semantics is a property of a human observer that watches and scrutinizes the data. Semantic information is shared among the observer and other members of his community (and that is the common basis of their intelligence). By the way, this community does not have to embrace the whole mankind. This can be even a very small community of several people or so, which, nevertheless, were lucky to establish a common view on a particular subject and a common understanding of its meaning. Therefore, this particular (privet) knowledge cannot be acquired in any other way. (By Machine Learning, for example, by Deep Learning, or other tricks). Semantic information should be only shared or granted! There is no other way to incorporate it as the system’s reference knowledge base (used for processing/interpreting physical information at the system’s input). Therefore, common attempts to formalize semantics and to derive it from input data are definitely wrong.

In this regard, it will be fair to mention that IBM’s Watson designers and Kurzweil’s group at Google are working hard on enabling computers to understand and even to speak in natural language. The goals look similar to my – to reach human level language texts processing. But there is a great and essential difference – both teams pinned all their hopes on suitable deep learning algorithms development.

Adoption of the idea that intelligence is an information processing (duty) naturally raise a question: Is the human brain the only proper means to facilitate this purpose? The answer is: obviously not! Bacteria and amoebas exhibit intelligent behavior (intentional external world interaction), which certainly requires information processing, but without any sign of a brain or a nervous system. The same is right for invertebrates, plants, animals, and even mammals. If that is right (and that is right!), why AI systems have to emulate human brain-based intelligence? For me the answer is straightforward: AI systems have to emulate information-processing abilities, not the complexity of a human brain!

It is worth to mention, that IBM and other leading R&D companies are planning to develop and introduce in the near future a computing device of tomorrow – the Cognitive Computer! Which will be capable to perform human like Big data volumes handling. A contradiction (common to all AI projects) is placed from the beginning in the foundations of the enterprise: “Cognitive” is juxtaposed with “Computing”. “Cognitive”, which implies information processing, and “Computing”, which implies data processing! The two are signs of opposite actions. The two are incompatible! (But who cares!)

Artificial Intelligence was invented at the Dartmouth College meeting in the summer of 1956. Four brilliant scientists (J. McCarthy, M.L. Minsky, N. Rochester, and C.E. Shannon) have worked out and put into operation the idea of AI research. Despite of the famous fathers, AI research has never been skilful enough to reach its goals. The fathers have failed to assess the complexity of the task and mutual contradictions between its basic constituents. (Recall the story how Minsky proposed to hire a student to solve the problem of vision during the student’s summer vocations).

The computational paradigm that emerged in the second half of the past century has been generally accepted as the prevalent paradigm of the contemporary science. For that reason, we have “computational intelligence” as well as “computational biology” or “computational linguistics”. The brain has become regarded as a computing device, that is, a device aimed at number crunching and data manipulation. Therefore, even today, all AI algorithms are devised to process and to operate data. All breakthrough achievements of the last time are data-processing implements, (Deep Learning is assumed as the most prominent among them).

At the same time, it is generally accepted that the brain is an information-processing appliance. The contradiction between the two definitions can be explained by the peculiarities of scientific development in the past century. It is generally accepted that Intelligence of a living being is expressed in his behavior, that is, in his interaction and communication with the environment. Claude Shannon (one of the AI founders) in his seminal “Mathematical Theory of Communication” [15], has defined that what is being conveyed in a communication process is Information. Shannon was aware that this definition of information is applicable only to data communication, and has nothing to say about the meaning of the conveyed message. Shannon’s Information Theory has become widespread and popular in almost all fields of scientific research, despite its shortfalls in message semantics handling. The results of this deficiency are well recognized (over the all AI history) – they have derailed AI research permanently and forever.

This paper is aimed to help the AI researchers to understand the roots of their permanent failures. I have introduced here a new definition of information that will certainly help to avoid in the future the prior mistakes.

[ 5] Shane Legg and Joel Veness, An Approximation of the Universal Intelligence Measure, http://xxx.tau.ac.il/pdf/1109.5951v1.pdf