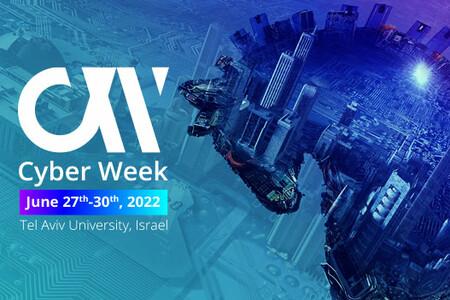 Leading American and British cyber officials also contributed, including Chris Inglis the National Cyber Director at the Executive Office of the President at the White House, Anne Neurberger the Deputy Assistant to the US President and Deputy National Security Advisor for Cyber and Emerging Technologies at the White House, and Lindy Cameron CEO of the National Cyber Security Centre. Private sector leaders including Ira Winkler, Chief Security Officer for Walmart, Tim Brown CISO of SolarWinds, Jane Horvath, Chief Privacy Officer of Apple, Jason Chan, Former VP of Information Security at Netflix, also addressed the conference. Supported by  Israel's Ministry of Economy and Innovation, attendees joined from over 80 countries from all over the world. Guests included startups and major investors, together with numerous sponsors, and partners.

Cyber Week is jointly held by the Blavatnik Interdisciplinary Cyber Research Center (ICRC); The Yuval Ne'eman Workshop for Science, Technology and Security at Tel Aviv University; and the Israeli National Cyber Directorate under the Prime Minister's Office. The gathering occurred against the backdrop of unprecedented cyber challenges and events including Russia's war on Ukraine. Speakers described a dramatic and concerning rise in cyber warfare as well as cybercrime - cyber-related damage is predicted to hit $10.5 trillion annually by 2025, while cybersecurity spending on data protection and risk management could reach $172 billion globally in 2022. Yet they also expressed hope in the effectiveness of properly implemented defenses and evolution in defensive cyber techniques to meet the challenge.

Israel's Prime Minister Naftali Bennett pointed out how "inevitably cyber is going to become one if not the most prominent dimensions of future warfare," while drawing attention to the vital need for global collaboration in the cyber sphere saying, "In cyber it's [collaboration] vital because the same bad guys who are attacking one company or country are attacking others at the same time. If you can share that information everyone else can defend themselves. It's like a pickpocket in a subway and if someone sprays them with red paint everyone can see and defend themselves."

Ira Winkler: CISSP, Chief Security Architect, Walmart outlined the important role government plays saying, "at a high level, governance tells people how to do things correctly with cyber security at the forefront." He also recognized the need to account for the human aspect of cyber and to be realistic when devising and implementing strategy, "A user is as much as part of the system as a computer. Stop expecting people not to click on suspicious content, but rather have a strong network protecting them."

Israel's Minister of Defense, Benny Gantz, outlined the increasing shift of conflict to the cybersphere and that bad actors are already carrying out attacks via cyber, particularly Iran. The country uses "new [cyber] proxies [who] "are terrorists with keyboards," in addition to their direct actions. In response, Defense Minister Gantz stressed the need for private companies to follow government guidelines and cooperate saying, "Iran is first a global challenge, then it is a regional challenge, and only finally is it a threat to the State of Israel. The same goes for the cyber dimensions and the same framework of cooperation vis-a-vis Iran is expanding to cyber."

Cyber Week is a leading international cybersecurity event that provides a unique opportunity for experts from industry, government, military and academia to share their knowledge about the challenges and opportunities in the field. Cyber Week is hosted by the Blavatnik Interdisciplinary Cyber Research Center and the Yuval Ne'eman Workshop for Science, Technology, and Security, at Tel Aviv University, headed by Major Gen. (Ret.) Prof. Isaac Ben-Israel together with the National Cyber Directorate at the Prime Minister's Office, The Ministry of Economy and Industry, and the Ministry of Foreign Affairs.