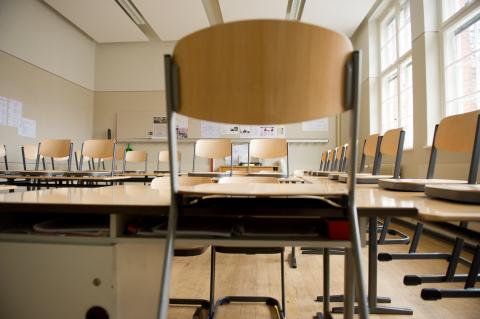 Dozens of independently run schools petitioned the High Court of Justice against the Education Ministry’s decision to stop funding 280 of these schools since January, after committing to fund them at the start of the last school year.

The schools, 40 of which were included in the petition, are known as “recognized but unofficial,” which means they receive some supervision by the ministry as well as funding, but do not all follow the entire core curriculum. They include Arab, church-run, ultra-Orthodox schools and certain Jewish schools of a special nature.

The petition states that withholding funding in the middle of the school year, after the schools had pledged to employ teachers for a certain number of hours, left them with a financial hole of tens of millions of shekels. The funding was cut due to the government’s failure to pass a budget.

Funding was not withheld from recognized but unofficial schools belonging to the ultra-Orthodox Shas and United Torah Judaism parties’ school systems. The High Court is to hear the petition on Tuesday.

At the beginning of the school year the Education Ministry produces a funding report for all schools in which it details the number of hours they have been allocated and funded for that year. That figure is derived from the total number of students, the number of mainstreamed special needs students and the children’s socioeconomic background. Additional hours are allocated and funded for schools with poorer children.

The damage to the schools that petitioned the High Court ranges from tens to hundreds of thousands of shekels each, depending on the size of the institution and the children’s socioeconomic background. The Education Ministry responded to the petition that although budgetary data was presented to the schools at the beginning of the school year, principals “should be aware” that the funding of teaching hours “depends on the availability of a budgetary source.”

The Education Ministry recently froze funding for programs and enrichment for tens of thousands of children because of budgetary shortfalls due to the failure to pass a state budget for 2020. On Thursday, for example, 1,500 teachers in a special program for at-risk youth were informed that they might be dismissed because the program for next year has not yet been approved.

The Education Ministry did not respond to this report.