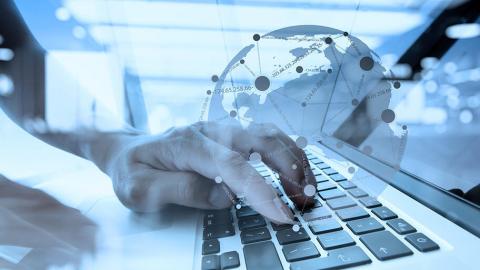 Israel’s technology industry is the crown jewel of the economy, driving massive growth over the past decade and cementing the country’s reputation as a high-tech nation, but the industry is plagued by serious challenges like a lack of diversity and an acute shortage of talent that could seriously hamper its ability to compete in the coming years, according to the newest Israel Innovation Authority (IIA) report released Wednesday.

These issues, combined with a lack of sufficient government spending on R&D and growing disparity between the tech sector and more traditional sectors, could hold Israel back on the global stage in the coming decades, The State of High-Tech 2022 report indicated.

“On the one hand, we are very much part of the ecosystem globally, and we are very well-positioned and compete effectively,” Sagi Dagan, vice president of the IIA’s Growth Division, told The Times of Israel in a phone briefing ahead of the publication of the report. “On the other hand, we see a decline in the infrastructure [needed] for the future of high-tech. We need to make the right decisions for the future, and manage our risks.”

Dagan said Israel needs to consider what its tech ecosystem will look like in 2030-2040. “We do see threats,” he explained, like the Israeli government’s low expenditure in R&D as a percentage of GDP and the decline in resources allocated to industry and academia to push forward breakthrough developments. This type of government investment is usually directed at what is considered “high-risk” development in areas like food, science, agriculture, transportation, energy and space to ensure long-term security and growth, and where private funding may be lacking.

“Over the years, government investment in research and development in growing and future segments, as a percentage of GDP, has been steadily declining. The continued growth of the Israeli high-tech industry in the face of global competition is at risk due to substantially low government investment vis-à-vis other countries,” wrote the authors of the IIA report Wednesday.

The numbers are sobering. The Israeli government’s share of investment in R&D is the lowest of all OECD countries, at 9.6% in 2019 (for which the latest data is available) well below the average of 23.8%, the IIA report noted. By comparison, South Korea’s share of investment in R&D was at just over 20%, Sweden at 24%, France with over 31%, the UK with 27% and the US with 20%.

Dagan said an important question for the government to answer is, “Are we doing long-term risk analysis and are we putting public investments in the optimal spaces?” The size of the ecosystem has grown significantly in the past decade to become a much larger industry but the government allocation of resources didn’t adjust proportionally, Dagan suggested.

Over the past two years, since the outbreak of the COVID-19 pandemic, two important processes have taken place, he explained. First, the Israeli tech industry saw a tremendous amount of investments and exits — in 2021, Israeli companies raised over $25 billion in funding, surpassing the $10 billion in 2020, itself a previous record. Second, the risk to the sector grew accordingly.

“There were a lot of investments and it’s a source of pride; 25% of income tax came from tech, half of our exports are tech. Israel is a small country, we don’t have many natural resources, we have a little bit of gas and a little bit of phosphate from the Dead Sea. Our natural resource is our brain, our knowledge…which we use for high-tech,” Dagan said.

Simultaneously, “the risks also increased, and we don’t have alternatives, we have to invest in these areas,” he said. “The tech sector saved the economy during the pandemic, what would have happened if the tech sector hadn’t been so strong?”

By risks, Dagan and others point to issues like the lack of diversity and inclusivity in the tech sector where the proportion of workers from Arab and ultra-Orthodox communities has not increased, at 4.7%, and workers from outside central Israel account for just about 33%.

The lack of diversity also connects to a shortage of deep technical talent, often where desired candidates usually have backgrounds in engineering and development or are fresh out of elite intelligence units in the Israel Defense Forces.

Israel has about 13,000 open positions, as of a separate 2021 report by the IIA tracking “human capital.” The next report is due out in the coming weeks. Another area where there are challenges is the number of collaborations between academia and industry, of which only about 15% are with Israeli companies. Up to half of the collaborations are with American multinationals Microsoft and IBM, according to the study.

“Increasing collaboration between Israeli growing tech companies and academia will also expose the companies to a quality source of manpower and advanced knowledge. This will allow them to expand their capabilities and continue to be innovative and competitive in the global market,” the report said.

These issues can be addressed through government support that prioritizes education, funding for universities and academic initiatives, and investments in the R&D sector. “All of the challenges are connected, we need a portfolio of actions,” said Dagan.

On a few positive notes, the Israeli tech industry grew to about 362,000 workers, constituting 10.4 percent of all employees in Israel, according to the IIA report, and the rate of increase in the number of high-tech employees in 2021 was eight times higher than the rest of the economy. (By comparison, the proportion of high-tech employees in Ireland was 9.2%, Sweden 5.7%, Germany 5.3%, the Netherlands 4.3% and the United Kingdom 5.5%, according to Eurostat data.)

In addition, computer science has become the most popular undergraduate degree at Israeli universities and the number of students taking this subject, in part or in full, grew to around 10.8% of all undergraduates.

Some 40% of male students and 13% of female students in undergraduate degree programs were studying subjects such as civil or mechanical engineering as of 2021, which are considered as working toward a career in the tech sector, the report said.

And while the tech industry saw record funding in 2021, mostly in areas like enterprise software, cybersecurity and fintech, the market value of Israeli technology companies on the Nasdaq fell by nearly 10% in recent months.

The value of Israeli tech companies trading on the Tel Aviv 35 was also down by 9.5%, according to the report that these trends signal a decline in private investments in Israel and the US during the first quarter of 2022, compared to the same period last year. Economic experts have warned that after a bumper year for Israeli tech in 2021, a market correction was expected in 2022.

IIA CEO Dror Bin said that the overall successes of the Israeli high-tech sector “blur the challenges we may face in the future.” “The report shows that the continued prosperity of the industry is under threat from industry over-concentration, both geographically and demographically. In addition, due to relatively low government investment in ground-breaking R&D, there is a higher risk in comparison to competing countries,” he summarized in a statement.

Dr. Ami Appelbaum, IIA chairman, warned in a statement that “Israel can’t bury its head in the sand and expect that, without long-term investment in high-tech, the economy’s main export sector will continue to lead in the global arena.”