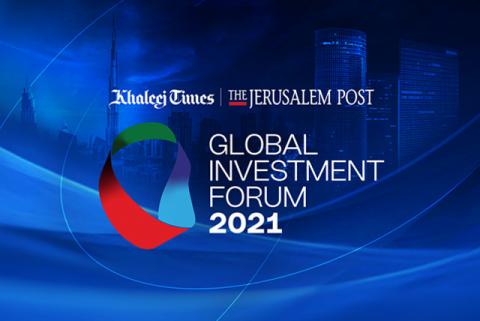 The Abraham Accords brought new and unique opportunities for collaboration between Israel and the United Arab Emirates and Bahrain. Now, The Jerusalem Post and the Khaleej Times are turning these opportunities into reality and their upcoming Global Investment Forum.

On June 2, government officials, business owners, executives, philanthropists and thought-leaders will come together for an intimate and exclusive networking forum in Dubai. The event, which features top names from both countries, as well as leaders from Morocco and India, will discuss the roadmap to creating an international economy.

“The Jerusalem Post has transformed into a platform for international exposure and connection in recent years,” said Jerusalem Post Group CEO Inbar Ashkenazi. “Today, more than ever, as people have been forced to look inwards because of COVID-19, we want to give them an opportunity to collaborate and create together.”

The Global Investment Forum will be held at the Armani Hotel in Dubai. People abroad will be able to watch the event live on jpost.com and khaleejtimes.com, as well as on our social networks.